Eva’s Heroes was the recipient of a $15,000 donation, as well as a specially outfitted Toyota Sienna, from Toyota Motor Manufacturing, Texas during a celebration of the plant’s 15th anniversary on Oct. 19.

The monetary gift from Toyota Texas will help Eva’s Heroes provide programming for individuals with intellectual special needs on the South Side of San Antonio, where the plant is located and where many of its team members live. As a special surprise, a Toyota Sienna equipped with an Auto Access Seat was also donated to the nonprofit to enhance the mobility of the program and its participants.

“We cannot thank Toyota Texas enough for the incredible $15,000 contribution and beautiful Toyota Sienna that will help with transportation for our participants on the South Side, where Eva’s Heroes will begin offering programming by next year,” said Christiane Perkins-Garcia, co-founder and interim executive director.

Toyota Texas' over 3,000 team members and 4,000 on-site supplier team members are celebrating building over 2.2 million Tacoma and Tundra trucks since the plant opened. These accomplishments were highlighted by community donations to mark the plant’s anniversary and the 300th anniversary of San Antonio.

“San Antonio embraced Toyota Texas as a member of the community when we broke ground here in 2003,” said Yoshi Nagatani, TMMTX plant president. “We have since enjoyed a strong partnership and look forward to continuing to support the needs of our neighbors right here in the South Side of San Antonio.”

Since 2003, TMMTX has contributed $45 million in donations to the community. Other recipients of the 15th anniversary celebration include: 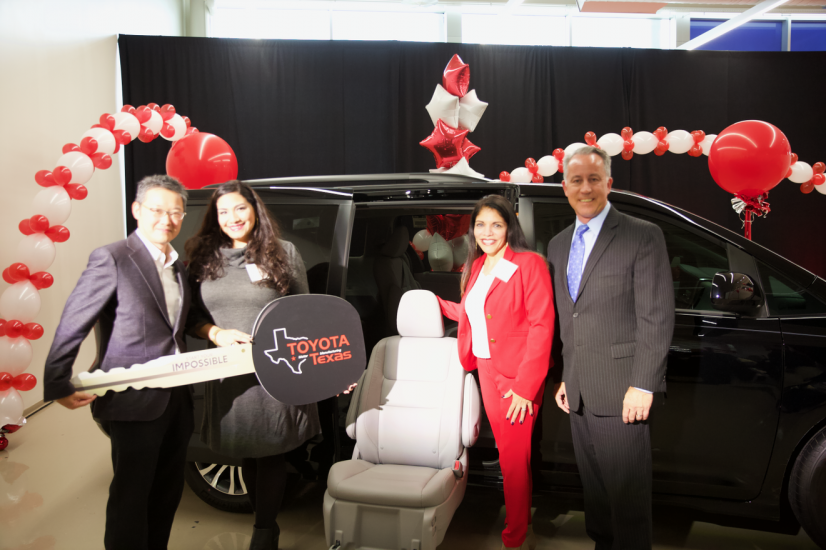