The mood in the Esperanza Peace and Justice Center was celebratory and somber during a community meeting called to discuss transgender expression and the rights of transgender children in Texas public schools. (Scroll down to see photos from the event.)

A powerful panel with an educator from the San Antonio Independent School District (SAISD), a representative from the American Civil Liberties Union (ACLU) discussed the rights of transgender children in schools, and parents told personal stories about the journey of raising a transgender child.

Graciela Sanchez, director of the Esperanza Peace and Justice center, opened the event by thanking panelists and community members for educating people on transgender issues.

Moderator Lauryn Farris began by acknowledging that the new school year will be very different for transgender children, because of the guidelines issued by the Obama administration that are temporarily blocked by a court in Fort Worth. (More on that court action here.)  (View the Obama administration ruling that Title IX prohibits discrimination based on sex in schools that receive federal funding: https://www.justice.gov/opa/pr/us-departments-justice-and-education-release-joint-guidance-help-schools-ensure-civil-rights).

Panelist Patti Radle, president of the SAISD board of trustees, said the board of trustees asked her to emphasize that  that SAISD will uphold the federal Title IX guidelines as outlined by the Obama ruling.

Radle also said SAISD is implementing a policy designed to protect all children from instances of bullying. Finally, she discussed ways that the district planned to work with parents in order to educate them on transgender issues, and to let students know that they have pathways to resolve whatever issues they might be dealing with.

The next panel included parents who discussed their personal journies in raising transgender children. Farris introduced those parents and offered support to anyone who needed an advocate to go to school with and have a conversation with school officials about the transition process.

Panelist Eleanor Goodwin is a grandmother raising a transgender elementary school student named Jazz. Goodwin described the process of realizing and accepting that Jazz was a transgender female. Goodwin and Jazz were recently a part of a Texas Public Radio interview that can be replayed here: http://tpr.org/post/source-trans-students-and-their-parents-worry-about-back-school.

Goodwin told a story about learning from Jazz, who knew she was a little girl at the age of three. Goodwin also talked about having the tough conversation with school officials about Jazz transitioning, and how those school officials required her to use the nurse’s bathroom rather than the regular girls’ restroom.

She spoke openly about how this arrangement didn’t work for a child Jazz’s age, and how Jazz had problems when she couldn’t make it to the nurse’s office. This prompted Jazz to begin using the bathroom that matched her gender identity when no one was watching. Goodwin spoke about a bullying incident that happened with a substitute teacher who was not aware of Jazz’s situation. Goodwin ended by saying that Jazz is afraid to go back to school this semester because of what she went through during this past school year.

The next parent to speak was Marlo Bearden, the mother of a transgender son who is a student at the University of Texas at San Antonio. Bearden discussed her personal struggle with accepting who her son is, and how that behavior created a gap between them. She ended her speech by saying “Let your children be themselves.”

Dee Smith told a personal story about how her transgender daughter attended a charter school, and how the mistreatment of her daughter by school officials prompted her to take her daughter out of school in order to protect her. She also added that she is strongly considering filing a Title IX complaint against the school.

The Castillo family talked about how they were not surprised when their son came out as a transgender male. Laurie and Mario told the story of how their son told them he identified as a transgender male and how they were the last to know. When they went to discuss a plan with school officials they were well-received. They said that when the principal asked their son Leo what bathroom he planned to use, the answer was that Leo had been using the men’s restroom for two years.

The next portion of the event was a question-and-answer for attendees. Community members and educators expressed their gratitude for this educational experience, and commented on the stories shared by the panelists. 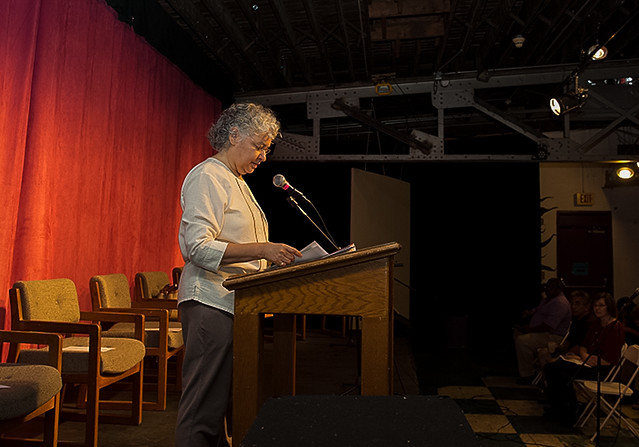 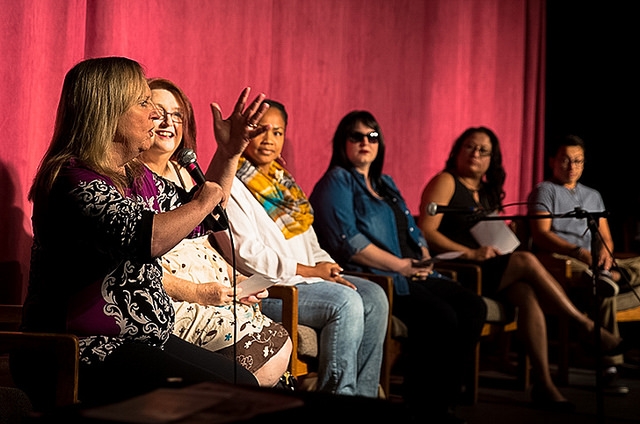