Transportation Idea: San Antonio commuter future should include VIA Rio

San Antonio should join New York, London and Amsterdam and use the river as a transportation option for commuters. Call it VIA Rio.

San Antonio has distinct advantages over the other cities.

First, a “commutable” river already flows through and around downtown.  The route of the VIA Rio system would match the path of the River Walk.

There is no need for full-scale construction because the investment has already been made. VIA Rio would be nearly 20 miles long at the outset, ranging from Museum Reach to the north and Mission Reach to the south.

The new lock at the dam in the Museum Reach near the Pearl would be used immediately. A feasibility study would determine if the Nueva Street dam would need a similar lock to raise and lower commuter traffic.

Unlike other transportation proposals, VIA Rio would relieve street congestion.

VIA Rio would be fully integrated with the existing VIA system, offering intermodal transfer points and pricing for tickets, monthly passes and transfers.

The design of a world-class ferryboat compatible with the River Walk is the most critical element for VIA Rio’s success and acceptability.  I envision a craft that is sleek, small, silent, swift, safe and smog-free.

VIA Rio could eventually add more loops to the San Antonio River as the city did for HemisFair in 1968, deliberately planned to invogorate targeted areas of the city.

With no street lights and cross-traffic, VIA Rio could become the fastest way to get around.

It most certainly would be the coolest and the most picturesque.

Editor's note: William R. Schlecht is Chair of the NOWCastSA Board of Directors 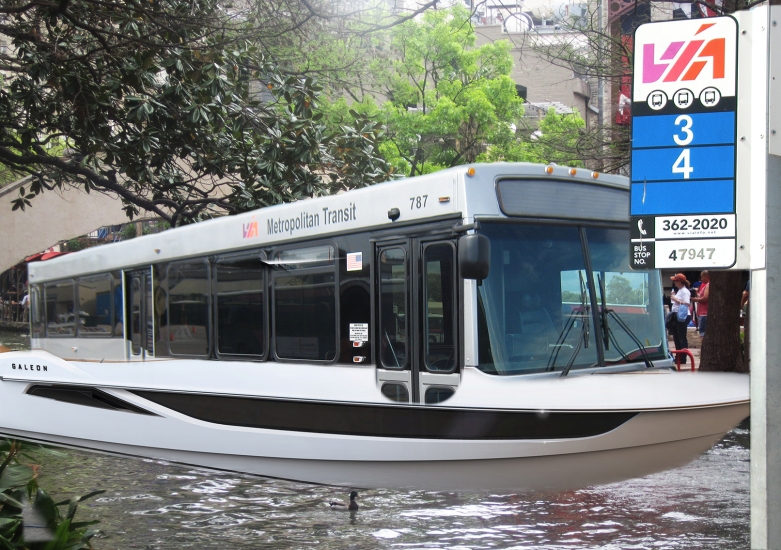