NOWCastSA created an interactive graphic that shows 11 of the most common regulations on vehicles for hire in San Antonio and lets you compare them by industry.

The interactive graphic lets you see how the new regulations for Transportation Network Companies (TNCs) Uber and Lyft compare to existing regulations for the city’s other industries such as taxis, pedicabs and limousines.

Instructions: Click the image below to pop out the interactive graphic. When you click on the fields in the column under the symbol for each vehicle (for instance, clicking on the $160 box below the TNCs symbol), a separate graphic box slides out with the exact language from the city code. To close the box, click on the field again. Where it is possible, the graphic detail links directly into the pertinent part of Chapter 33 of the San Antonio City Code on vehicles for hire.

On Dec. 17, 2014, San Antonio City Council passed new regulations for TNCs. Those additions to the city's vehicle-for-hire ordinance, shown in the orange column in this graphic, go into effect on March 1, 2015. TNCs doing business in San Antonio before March 1 are operating illegally. San Antonio police have issued citations and impounded vehicles of TNC drivers. 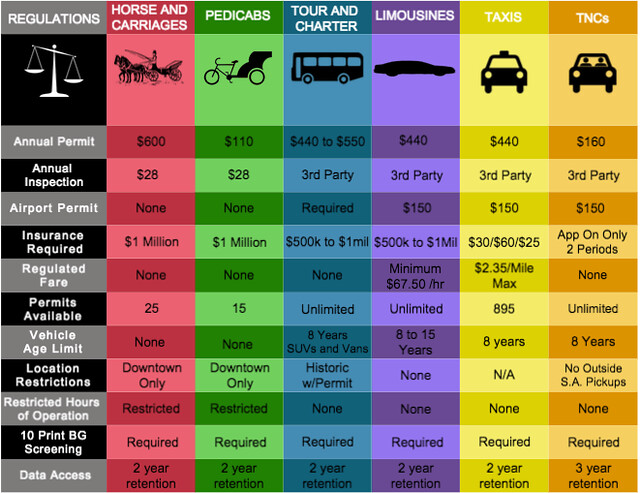 This next graphic allows you to compare the insurance requirements for all vehicle-for-hire services in San Antonio. It also shows the current insurance levels the transportation networks and their drivers carry and it shows what the new San Antonio ordinance requires. 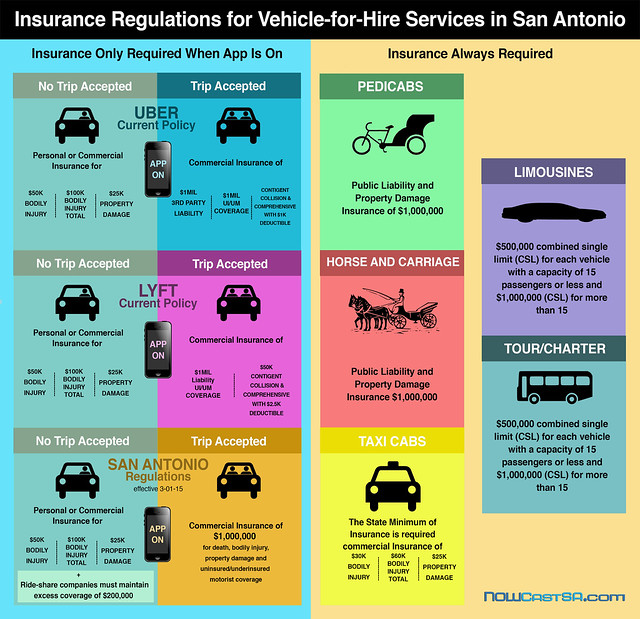 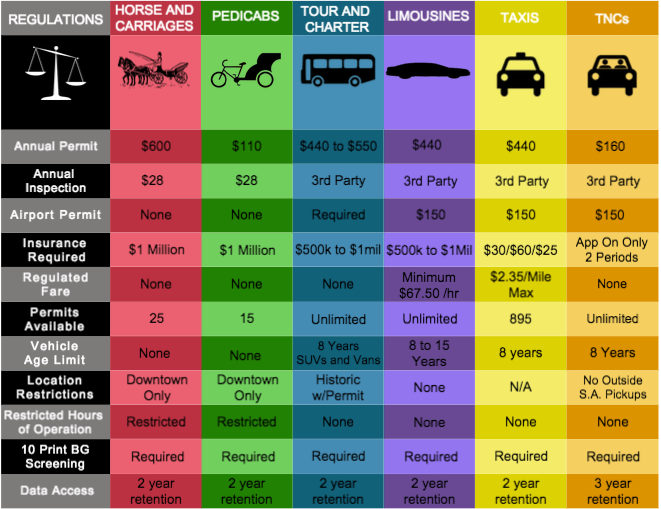