UTSA ranked sixth in the nation for Hispanic graduates

The University of Texas at San Antonio is No. 6 in the nation in the number of undergraduate and graduate degrees awarded to Hispanic students, according to the May 2013 edition of The Hispanic Outlook in Higher Education.

UTSA earned its No. 6 ranking for awarding degrees to 2,250 Hispanic undergraduate and graduate students out of 5,224 students total in 2010-2011, representing 43 percent of the graduating class.

“With a Hispanic student population of roughly 45 percent, these rankings demonstrate how truly committed we are to ensuring their success,” said Lisa Firmin, UTSA associate provost for faculty and student diversity and recruitment. “We are very proud of these top-tier rankings.”

The April 2013 issue of The Hispanic Outlook in Higher Education ranked UTSA No. 7 among graduate schools enrolling Hispanics and No. 15 in the number of master’s and Ph.D. degrees awarded to Hispanics in the fields of science, technology, engineering and math. UTSA earned the ranking for enrolling 1,698 Hispanic graduate students out of 4,700 total graduate students, representing 36 percent of the incoming class. UTSA earned its No. 15 ranking for awarding master’s and doctoral degrees to 24 Hispanic students out of 155 graduate students total, representing 15 percent of the graduating class.

Each year, The Hispanic Outlook in Higher Education surveys the Top 100 predominantly Hispanic-serving colleges and universities in the United States and Puerto Rico. It obtains the information for its rankings from the U.S. Department of Education's National Center for Education Statistics (NCES).

UTSA is one of more than 350 Hispanic-serving institutions (HSIs) in the United States, accredited with a full-time Hispanic enrollment of 25 percent or greater. In 2012, HSI programs received $220 million in federal funding.

In addition to recognition from The Hispanic Outlook in Higher Education, the UTSA College of Business and College of Engineering are ranked the No. 7 and No. 5 in the nation for Hispanics, respectively, by HispanicBusiness magazine. UTSA was also among 27 higher education institutions across the nation honored in 2012 for its commitment to diversity by Minority Access Inc. 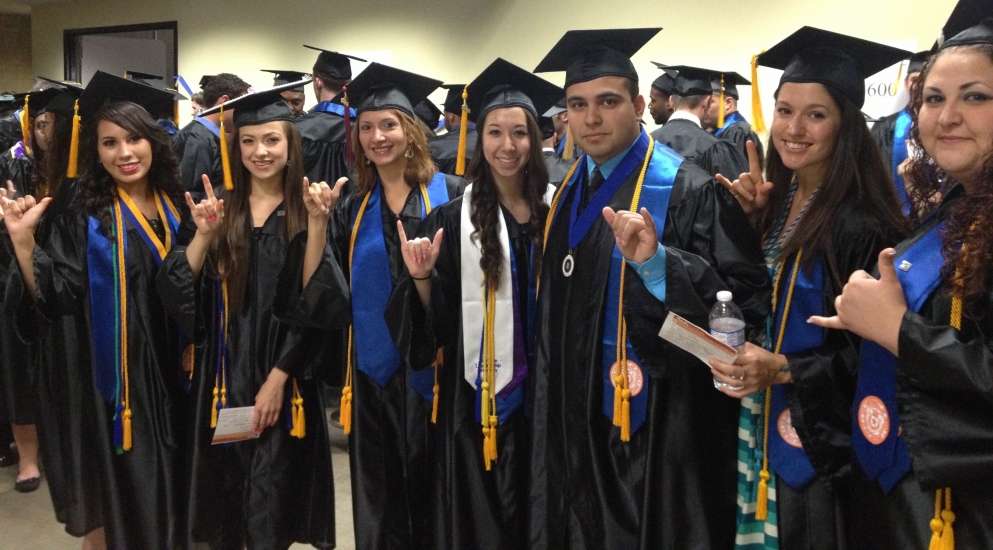