Veterans will get Better Access to Doctors Under New Bill.

Last month, our news media reported that at least 40 veterans of the U.S. Armed Forces had died while waiting for health care at the Phoenix, Arizona Veterans Health Administration facilities. An audit released last week showed that more than 57,000 veterans have had to wait at least three months for initial appointments. An additional 64,000 veterans who asked for appointments over the past decade never got them. Inspection of scheduling of patient visits revealed that, at many VA facilities around the U.S., records were being manipulated to make the wait times look acceptable.

On May 30th, the Secretary of Veterans Affairs, Eric Shinseki, resigned from office, stating: ‘The breach of integrity is irresponsible. It is indefensible and unacceptable to me’. The discovery of the cover up of the inability of the current VA system to promptly serve our veterans’ health care needs and the subsequent revelation of the true wait times has forced Congress to put aside its partisan ways and introduce legislation to fix the problems.

The Veterans Administration was established by Congress in 1930 to authorize the President to ‘consolidate and coordinate government activities affecting war veterans’. The health care system, consisting of a network of hospitals, clinics, nursing home care units, doctors and staff, is a true example of socialized medicine – every facility is owned and operated by the government and all employees are on the government’s payroll.

In the late 40s, clientele of the VA increased dramatically by 15 million World War II veterans and 4 million aging World War I vets. The ‘war on terror’ has now created a similar situation, with the veterans returning from the wars in Afghanistan and Iraq. In 2011, Costs of War, a report released by researchers at Brown University, projected that the total costs of caring for our vets of the war on terror would peak 30-40 years after the end of combat operations and would be in the range of $600 billion to $1 trillion.

Current and retired military service members and their families are covered by Tricare, a health insurance network that functions in a similar manner to Blue Cross, Aetna, United Health and other private health insurance companies. The insurance provided is outstanding compared to most corporate group plans: in 2014, monthly premiums are $52 for an individual and $204 for a family. Deductibles are under $300 for a family and copayments are less than 15%. Veterans with a disability may apply for admission into the VA system. Seriously disabled veterans are provided comprehensive care at no charge.

Most patients rate the overall care at VA hospitals and clinics very highly but have large differences of opinion in the mental health services being provided. The largest problem is the wait time for an appointment or the distance of the nearest VA facility from the home of the patient.

Legislation to address the problems has been introduced and passed in both the House and the Senate by votes of 421-0 and 96-3. The contents of the bills are similar in many respects. Both bills require the VA to pay for outside medical care for veterans unable to get prompt treatment through the VA system or who live at least 40 miles from the nearest facility. Both bills provide measures to ensure that patient appointments are not falsified. The Senate bill adds sufficient funding to allow the VA to enter into leases for 26 major medical facilities in the U.S. and Puerto Rico to add to the 171 existing hospitals and to hire many more doctors and nurses.

During a June 9th hearing, VA officials warned against a rush of veterans into private sector care, saying it could backfire if not carefully coordinated and properly resourced. Philip Matkovsky, assistant deputy under secretary for health administrative operations, described a $300 million initiative to accelerate access to care in coming months with more medical staff overtime, expansion of VA clinic hours and more referrals to private sector providers as necessary.

The two bills will be consolidated in a joint House/Senate Conference Committee. Help for our veterans should be coming soon. It’s a shame it took us so long to get this done. 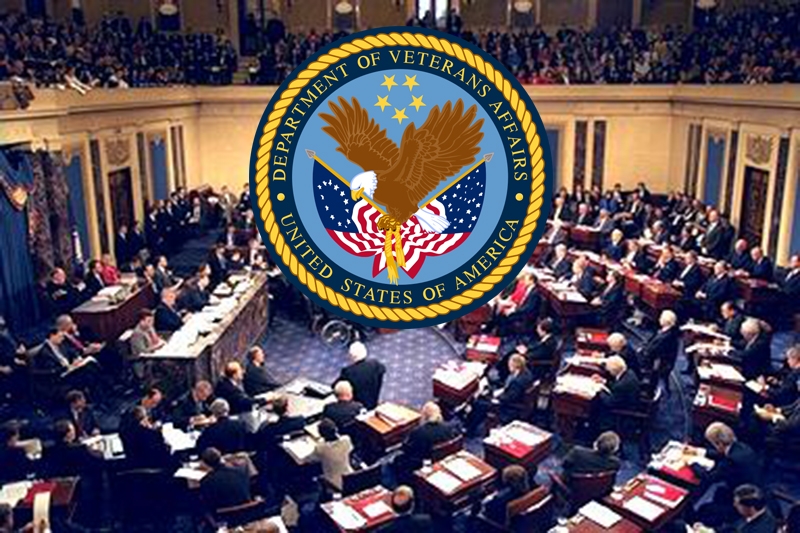