Video: At Alamo Trust’s first public meeting, the curtains pull back and the public talks back

Updated: Board members of the Alamo Trust, which manages the daily operations of the historic Alamo, met in public for the first time, giving a peek inside closed-door meetings, and getting an earful from passionate preservationists.

Watch complete video here or scroll down for an article with quotes and links to context.

The May 16, 2018 meeting in Alamo Hall began uneventfully enough, with the board, facing an audience of about 40 people, reviewing quarterly reports on attendance, gift shop sales and public programming on the grounds of the historic shrine and battlefield. (Click here for the meeting agenda and information packet.)

Board member Gene Powell gave an update on the $450 million long-term plan to "Reimagine the experience of the Alamo.” The plan, set for completion before the Alamo’s 300 birthday in 2024, calls for restoration and preservation of the church and the long barrack, redesigning and landscaping the public plaza and aconstruction of a 20,000-square-foot museum for artifacts, including those donated by musician Phil Collins. (Click here to learn more about the Collins collection. )

Powell gave the public its first glimpse at the behind-the-scenes workings of the interagency Master Plan Committee, created in 2015 to supervise the Alamo planning process and the interpretive design. (Click here to jump to his report in the video.)

Powell said the unpaid Master Plan Committee met “every Tuesday for three years and is still meeting. We met last Monday for four hours. It is a labor of love.”

Despite concern from state lawmakers about erosion of trust, that committee continues to meet behind closed doors.

Opening the Alamo Trust meeting to the public came almost exactly a year after the Texas Attorney General’s office ruled that meeting minutes, books and records of the Alamo Endowment, which was created to raise money, and its subsidiary, Alamo Trust, Inc. were subject to the Texas Public Information Act. (Click here for more background in this Freedom of Information Foundation of Texas article.)

The move for transparency got another prod when lawmakers on the Texas Senate Finance Committee told Land Commissioner George P. Bush to open access to the Alamo’s management structure and the master plan process. (Click here to see the Alamo Endowment Board.) Two weeks later, on Dec. 20, 2017, the board changed its bylaws to say all meetings would be open to the public. (Click on this link to see minutes of meetings back to 2015.)

Powell said the Master Plan Committee is now actively working on site design and “paying a lot of attention” to public input gathered from across Texas. “Before too long, we’re going to be able to show this to the public, get them to respond to it.”

Powell said there is no deadline for City Council approval of the site design. “We would like to get the work completed for summer, but we’re not going to be rushed,” he said. “I think you’ll be able to see some of it this summer.”

During the public comment period at the end of the meeting, several people spoke passionately against moving the Cenotaph, a 1936 monument on the plaza honoring the Alamo defenders. Click here to jump to the spot in the video where the public comments begin.

After the meeting ended, Alamo CEO Doug McDonald answered questions about the continuing planning process and the Cenotaph. Click here to jump to that interview in the video. 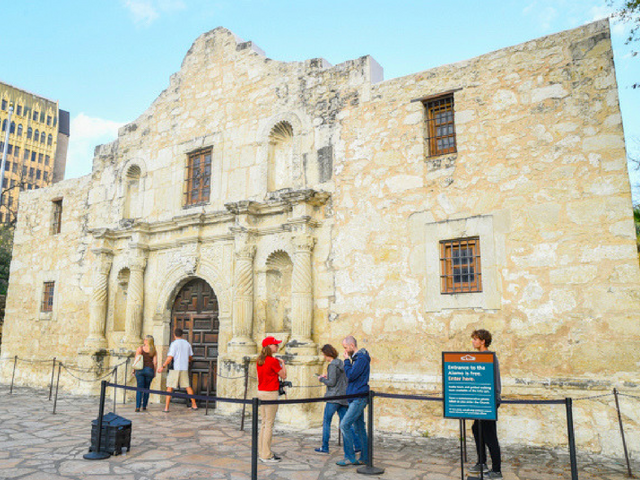