Eight months ago, Lt. Gov. Dan Patrick stormed the Texas GOP convention in Dallas as a man on a mission.

He had recently picked a fight with Fort Worth Superintendent Kent Scribner over his approval of bathroom guidelines for transgender students, and in a twist of perfect political timing, President Barack Obama had just issued a similar guidance to all public schools in the middle of the convention. Shortly after the convention, Attorney General Ken Paxton punctuated Patrick's drum-beating with a lawsuit against the Obama administration over the directive.

"He says he's going to withhold funding if schools do not follow the policy," Patrick said at the convention. "Well, in Texas, he can keep his 30 pieces of silver. We will not be blackmailed by the president of the United States."

Standing in front of reporters Thursday, Patrick was still a man on the mission, but the political moment had shifted. In the months prior, a Texas judge had blocked the Obama guidance and the bathroom issue had largely cooled off on the national stage — even contributing to the re-election loss of North Carolina's governor, by some accounts — and opposition to similar legislation in Texas had begun to gain momentum.

Patrick is now in for a self-admitted "tough fight" in the Texas Legislature, where he faces fierce opposition from the business community and lukewarm support from fellow Republicans, at least outside his Senate. That reality did not immediately change Thursday, when he joined state Sen. Lois Kolkhorst, R-Brenham, to roll out the highly anticipated Texas Privacy Act, which would require transgender people to use bathrooms in public schools, government buildings and public universities based on “biological sex.” The bill would also pre-empt local nondiscrimination ordinances that allow transgender people to use bathrooms that correspond with their gender identity.

State Sen. Paul Bettencourt, a Patrick ally and a fellow Houston Republican who chairs the Texas Senate GOP caucus, acknowledged Thursday that it is "going to take some time to talk to the business community, make sure they understand what that bill is" — especially after alarm-sounding by business groups that Patrick allies have criticized as unfounded.

"The beginning of that was obviously" Thursday, Bettencourt said. "Once people can understand what the bill is, certainly the fear of [economic harm] will obviously disappear because it wasn’t real in the first place."

Patrick was characteristically combative at Thursday's news conference, saying he had never seen so much misinformation about a piece of legislation before it was filed. He singled out one recent report that suggested he had struggled to find a senator to carry the bill, revealing that he and Kolkhorst had been working on it since Sept. 1. Kolkhorst, for her part, said some of her staff did not even know she was taking up the cause.

The bill's supporters are betting big that public opinion will overpower whatever resistance they encounter at the Capitol. Their reference point is polling that Patrick's political operation commissioned last year, which it says shows there is broad support for making it "illegal for a man to enter a women's restroom." They also point to the 2015 demise of Houston's Equal Rights Ordinance, better known as HERO, which featured much of the same message Patrick is now using with the statewide legislation.

"I think what you will see is when it comes to the legislative process, let’s look at where the people are," said Nicole Hudgens, a policy analyst for Texas Values, a socially conservative group allied with Patrick. "There are so many Texans that are for this policy and this legislation, and I think that’s going to be reflected in the Legislature."

Patrick and Kolkhorst launched the effort without any clear support from Gov. Greg Abbott, who involved himself in the HERO debate but has been less vocal about the need for statewide legislation. Speaking with reporters last month, Abbott said the issue was worthy of attention but he was waiting for more information on the bill. Abbott's office was quiet after Patrick and Kolkhorst unveiled the legislation Thursday.

House Speaker Joe Straus, R-San Antonio, has been even cooler toward Patrick's push, calling a so-called "bathroom bill" not the "most urgent concern of mine." That has fueled the perception that the bill is dead on arrival in the lower chamber, which in general has been less receptive to Patrick's signature proposals than the Senate.

Bettencourt expressed hope that Senate Bill 6 would get a fair hearing in the House. He said the two chambers are "actually much further along at having substantive discussions" before the forthcoming session compared to the last one, which began with a major leadership turnover stemming from the 2014 statewide elections.

"I think it’s all premature to say what that discussion is going to be because I don’t believe the bill is what it is being portrayed as," Bettencourt said when asked about the House's receptiveness to Senate Bill 6. "And once that is obvious, there may be a different reaction."

In the House, state Rep. Matt Shaheen, R-Plano, has been outspoken on the issue. On Thursday, he said he was crafting legislation that would only "prevent any local government from regulating bathrooms," which would be similar to one component of Senate Bill 6. By solely focusing on local governments, the House bill would avoid the more incendiary debates sparked by a potential statewide mandate, Shaheen suggested.

"This bathroom issue is just sucking up a bunch of time and resources," Shaheen said. "I think because my approach is more of a scope-of-government-type of discussion — I avoid the whole bathroom dialogue in general — I think there’ll be a receptiveness to the bill."

In any case, the business community has spent months looking to derail any bill related to the issue, warning it could lead to the same turmoil that visited North Carolina when its lawmakers pushed similar legislation. The Texas Association of Business and its allies have been the most vocal, touting a report the group released last month that said such legislation could cost the state between $964 million and $8.5 billion and more than 100,000 jobs.

VIDEO: A new bill would mandate that people use bathrooms in public schools, government buildings and public universities based on “biological sex.” A business group and families with transgender members are working to oppose it. By Alana Rocha and Justin Dehn of the Texas Tribune

Caroline Joiner, executive director for the Texas and the Southeast for TechNet, a technology industry group opposed to the bill, said one of its challenges is convincing "individual legislators and their constituents that this is not hypothetical — we will have real, devastating economic impacts." And while Joiner, like many others, expects the issue to be better received in the Senate than in the House, she said TechNet has an interest in educating lawmakers from both chambers about the potential economic consequences.

"I think we absolutely need to be telling that story as aggressively in the House as we are in the Senate," Joiner said. "Yes, it’s going to be less of a priority for Speaker Straus, but we want to make sure he has the support from his members to oppose it."

For Democrats, the debate provides an opportunity to capitalize on the growing schism between the increasingly conservative Texas GOP and the more moderate business community. On Thursday, the state Democratic Party quickly branded Kolkhorst's legislation as an "$8.5 billion bathroom bill," citing the Texas Association of Business study.

The report itself has been a source of controversy, with Patrick and his allies denouncing it as misinformation and fearmongering. Bettencourt said the study "had some holes you could drive a Mack truck through," while Shaheen said he wants it known that he and several colleagues are "highly disappointed in TAB about they've misrepresented the business impact of these types of bills."

Patrick continued to rail against the report Thursday, suggesting in a radio interview after the bill unveiling that the study's findings were not uniformly supported by the business community.

"The members of the Texas Association of Business have already said they don’t even believe their own report," Patrick told Tony Perkins, president of the socially conservative Family Research Council. "That report was based on not any economic data, but just extracting some numbers that some people who I believe are with the TAB who are just against the bill. Period. Just want to try to make their argument, but it’s no real data. It’s ridiculous."

A Texas Association of Business official did not return requests for comment for this story.

Disclosure: The Texas Association of Business has been a financial supporter of The Texas Tribune. A complete list of Tribune donors and sponsors can be viewed here.

This article originally appeared in The Texas Tribune at https://www.texastribune.org/2017/01/07/bathroom-bill-patrick-plows-tough-fight. 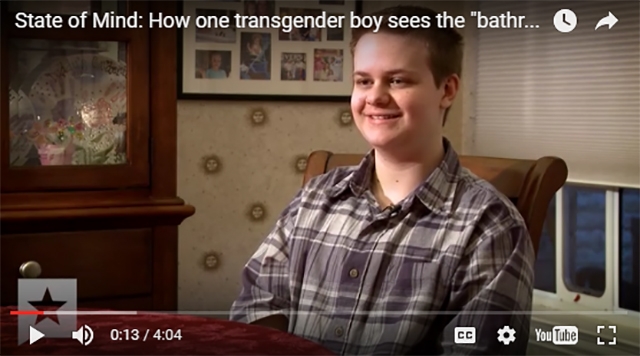