Video: A community conversation about police shootings and #blacklivesmatter

More than 100 San Antonio residents gathered at the Muslim Children Education and Civic Center to watch and reflect on videos of the police-involved shootings of Alton Sterling and Philando Castile (replay video of the conversation below).

A bystander captured video (link here: https://youtu.be/pdGXhSQvTKc) of the shooting of Alton Sterling outside a convenience store in Baton Rouge, Louisiana. The girlfriend of Philando Castile streamed video live to Facebook (link here: https://www.facebook.com/100007611243538/videos/1690073837922975/) when he was shot and died after a traffic stop near St. Paul, Minnesota.

“It shook me every single which way it could," he said. "We have been this rolling ball of snow, and it continues on every day. But now with the media, more of us are speaking up. We know what the police can do. We have those fears, they are already established... We feel that disconnect. What else more can you do to us that we haven't already been through?"

The discussion did not remain with current events and shootings. But they returned. A much larger discussion regarding race relations throughout history ensued.

“Being a child of the late sixties, I see repetition," an older woman said. "I don't see change. I remember when Martin Luther King Jr. spoke. I remember his words of peace and starting with the boycotts... I agree with the youth today. I see a small change. I don't see a large change.”

She shared a memory from her childhood: her father being beaten by a white man for not moving to the back of a bus.

A young woman said she fears the world in which her son is being raised.

“The only difference is that our technology has changed," she said. "People are less fearful of retaliation and more apt to pull our their cell phone and record regardless of police intimidation."

In contrast, the term #AllLivesMatter “is this blanket statement that is used to pacify people into not actually having these types of discussions or dialogue,” a young woman said. “The United States is a very racist country."

Which brought the discussion to the community’s relationship with police.

A young man said it is hard for him to respect the authority of a police officer.

"They (police) stand together and it is this awful fraternity of people that work together to defend each other for the crimes that they do,” he said.

Another young woman chimed in.

“If I can't trust them, then what's the point?" she asked. "You took that job on. You are held to a higher standard." 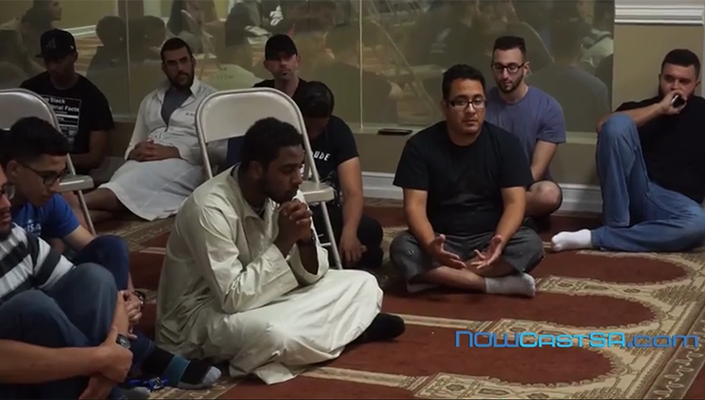