Video: Constitution Café is a model for public engagement

San Antonio is not alone in having embarrassingly low voter turnout, particularly in local elections. So what's the solution?

Speaking at the UTSA Summit on Civic Engagement Oct. 5, T.J. Mayes said we need start building a Culture of Engagement in Public Schools, using a national and local example as models.

Mayes is a lecturer in the UTSA College of Public Policy and chief of staff to San Antonio District 8 Councilman Ron Nirenberg.

He is also a board member of Democracy Café, which envisions “an inclusive and participatory society" where diverse people regularly exchange ideas. Democracy Café says it makes it possible for people to  "approach one another with greater openness, and less fear."

Mays said Democracy Café founder Christopher Phillips of Harvard University believes “best way to get people to engage in public debate...is coming together and having a conversation in a civil way about the issues we face.”

That is the opposite of cable television, which glorifies hyper-partisan debates.

Mayes said this kind of healthy engagement model could be emulated in public schools, and pointed to the success of Constitution Café at San Antonio’s East Central Independent School District.

Patricia Stone-Reyes, Coordinator of Programs at ECISD, started the local initiative and named it after Christopher Phillips’ book, Constitution Cafe: Jefferson's Brew for a True Revolution.

At Constiution Café, students and adults come together to discuss issues as equals and it has become so popular that there is a waiting list of “hundreds of students hungry to talk about current events”, according to Mayes.

Watch the video below to learn more about Constitution Café. 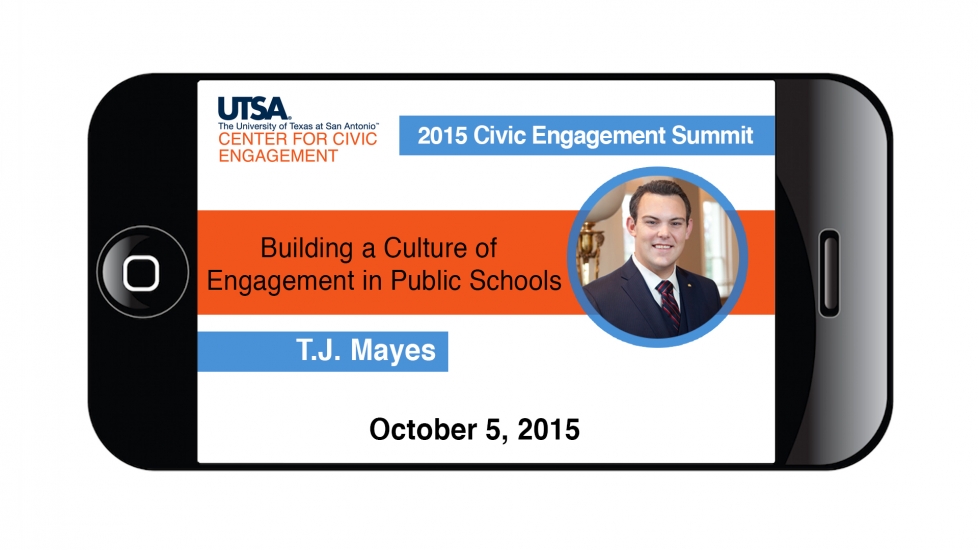