While a boisterous audience of COPS/Metro Alliance members cheered them on, candidates for San Antonio mayor and city council pledged to fight Senate Bill 4 - the anti-sanctuary city law - starting on the day they take office.

About 350 people packed the Dominion Church of God in Christ on May 22 for a Get Out the Vote Rally and Accountability Session where candidates were asked to give yes or no answers to questions about the COPS/Metro agenda on SB4, affordable housing, immigration and living wages.

The COPS/Metro leaders at the event represented parishes and churches from across San Antonio, and pledged to turn out a combined total 9,330 votes in the June 10 runoff election.

Watch video of the assembly here or scroll down for links to key points in the video where candidates responded to the questions.

Here are the questions posed to each candidate:

Use the following links to jump directly to the point in the video where each candidate speaks:

Similar questions were posed to the candidates at a COPS/Metro Alliance Assembly on April 23 with more than 700 people in attendance.  See our story and video here. 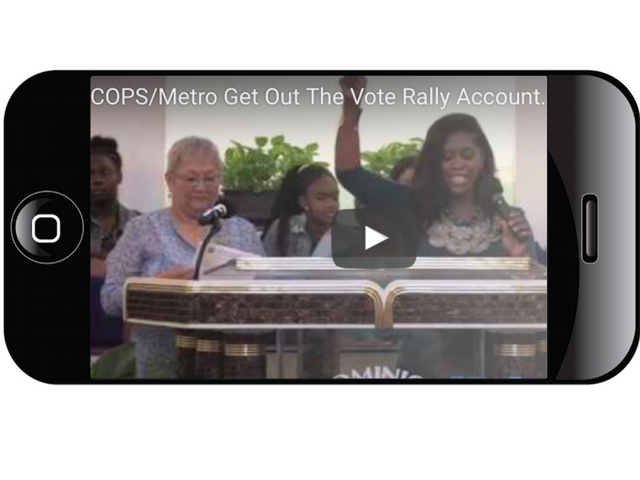