Video: Following the money in the private prison business

In this video, Jorge Montiel of COPS/Metro Alliance examines the business of immigrant detention, and follows the money coming from and going to the private prison companies, Corrections Corporation of America and the GEO Group, Inc.

Montiel shows that while the unauthorized immigrant population in the U.S. leveled off in 2007, the cost of detaining immigrants rose to more than $1 billion in 2011.

The U.S. Senate now mandates that Immigration and Customs Enforcement, or ICE, maintain at least 34,000 “detention beds,” in what has become known as the “immigrant detention quota.”

GEO and CCA operate eight of the ten largest detention centers in the U.S. and 72 percent of the privately contracted beds funded by ICE.

At the same time, Montiel shows in the presentation, the companies’ profits soared. 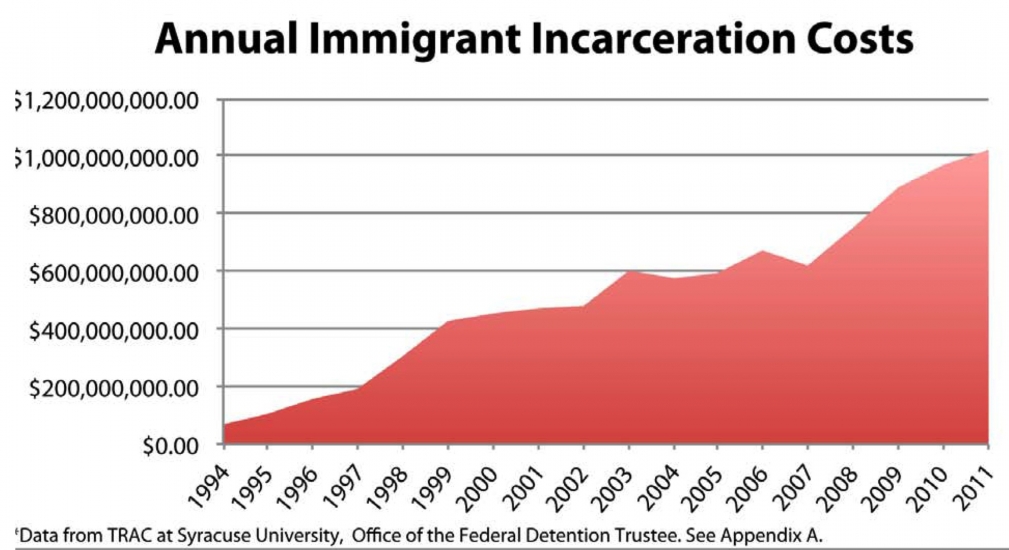