The lecture took place on Holocaust Remembrance Day, also known as Yom HaShoah, on April 7, 2013. You can replay video of the event below. The photo exhibit of more than 80 images of the Holocaust and Holocaust propaganda was produced at the San Antonio Public Library with images from the Mazal Holocaust Library, the largest privately-owned library of Holocaust-related materials.

In a statement, Library Director Ramiro S. Salazar discussed the significance of the exhibit:

"This has been a very important exhibit for the Library to host - certainly one that has had an impact on the community and perhaps has even inspired a conversation about tolerance and compassion. But this is why we're here: to inform and educate. The story of the Holocaust is well-known, so when we were presented with the opportunity to host this exhibit, we had to make it happen. Visitors have seen images that are very vivid and disturbing reminders of a time in the world's history that can never be repeated. I hope that this exhibit and the programs that we presented caused citizens to pause, reflect, and maybe even inspired some to act." 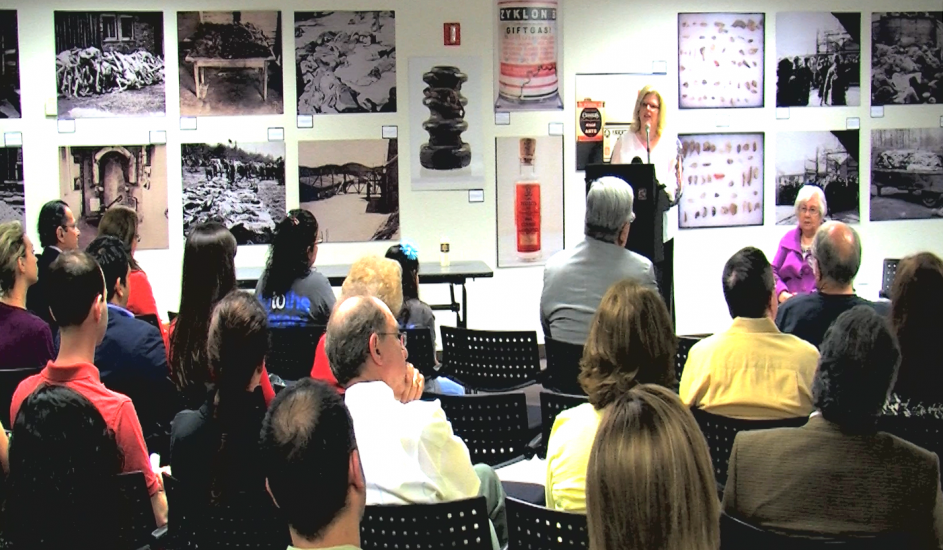