San Antonio kicked off a discussion of Participatory Budgeting (PB) at The Brick at Blue Star on June 6, 2017 in a free community-powered event. The conversation showcased Palo Alto College’s PB process (learn more here), and concluded with residents, elected officials and candidates talking about how PB could work. Watch the video and scroll down for a commentary by participant Karen Ball:

I became aware of Participatory Budgeting through an online American Citizens Summit in 2016.  As a citizen, I am frustrated that my tax dollars support a federal budget that continues to starve our human dignity as citizens of the United States.

The United States pours more fiscal resources into the military industrial complex and a multitude of corporate interests at the expense of genuine problem solving on issues of poverty, quality education, housing and healthcare.

I believe Participatory Budgeting is a transformative step towards deepening democracy and the common good.  As we see in the video, PB involves primarily four stages:  brainstorming ideas, developing concrete programs, public voting, and public funding of the programs with the greatest number of votes.  It is important residents see they can bring positive change to their communities.  Just as Tocqueville observed Americans in the early 1830s, decision making can be a shared, cooperative responsibility of the residents living in a community.

I encourage everyone to visit participatorybudgeting.org and learn more about how to exercise our responsibility as “We The People.” Then, contact your local city council person and be an advocate for community decision-making. 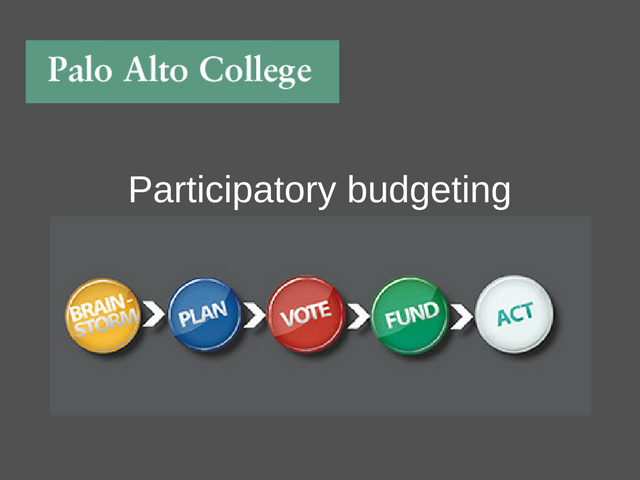