On Sunday, Sept. 15, the San Antonio Public Library and the San Antonio Public Library Foundation with the Latino Leadership For the Library Committee hosted a panel discussion, Palabras Con Poder or Words With Power, to kick off Hispanic Heritage Month. The panel of Hispanic authors and activitists talked about the influence of the Chicano movement and La Raza Unida party in their works and lives. Replay video of the event below.

The Keynote speaker, Jose Angel Gutierrez, was a co-founder of La Raza Unida and one of the leading Chicano activists and political leaders in the 1960s and 1970s in Texas. Today Dr. Gutiérrez teaches political science at the University of Texas-Arlington. While working on his master’s degree in government from St. Mary’s University in San Antonio, he co-founded MAYO (Mexican American Youth Organization). Dr. Gutiérrez received his bachelor’s degree from Texas A&M-Kingsville, and then earned his Ph.D. from the University of Texas and his law degree from University of Houston. He has authored a number of books, including: “Chicanas in Charge: Texas Women in the Public Area,” “We Won’t Back Down: Severita Lara’s Rise from Student Leader to Mayor,” “They Called Me ‘King Tiger’ My Struggle for the Land and Our Rights,” and “El Politico: The Mexican American Elected Officials.”

Edna Campos Gravenhorst knew at a young that she wanted to be a writer. Currently a resident of St. Louis, Mo., Edna and her four siblings grew up 60 miles from the Mexican border in Freer, Texas, children of a father born in Mexico and a mother born in Texas. After studying at South Texas Commercial College, Del Mar College and Universidad Nacional Autónoma de México, she launched a 25-year career in sales, merchandising and marketing. In 1997 she sent a story she had written years earlier to the editors of Latina magazine. “One Last Fling Con Un Cabron” was published and Edna finally realized her dream. Today she divides her time between writing for publication and operating a house history research business. She was a Writer in Communities at San Antonio’s Gemini Ink in fall 2009 and was a member of the spring 2010 faculty.

San Antonio native Veronica Goldbach is the author of “Deep in the Heart of High School,” a young adult book about three girls who meet in band and become best friends. Veronica earned her bachelor’s degree in humanities and a master’s degree in teaching middle grades from Trinity University. She has taught English as a second language at middle and elementary schools in San Antonio and South Central Los Angeles. Veronica became interested in writing young adult fiction when she was trying to find novels her seventh-grade students would enjoy. 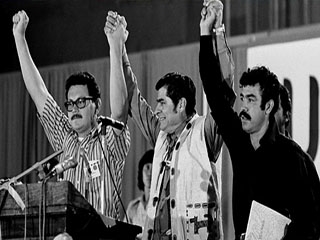