Replay video from Town Hall meetings across San Antonio of the Mayor's Task Force on Preserving Dynamic and Diverse Neighbohoods in the spring of 2015.

The task force was created in 2014 by former Mayor Julián Castro after nearly 300 low-income residents were displaced from the Mission Trails Mobile Home Park. The task force's stated goal is to "Identify policies and programs that encourage investment in inner city neighborhoods but minimize or prevent displacement of people or adverse impacts related to the history, culture, and quality of life in unique neighborhoods."

Watch video of Community Input from the Town Hall at the Ella Austin Community Center. Thanks to the Esperanza Peace and Justice Center for providing this video. 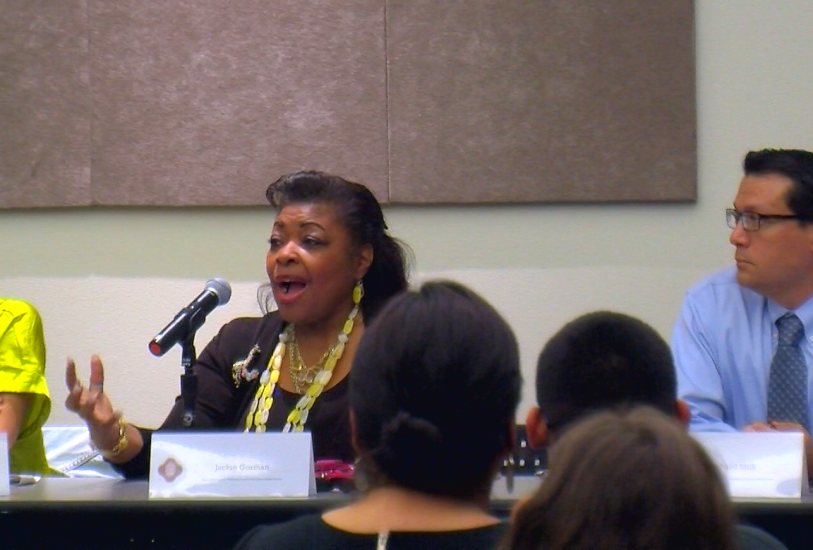