Speaking at University of Texas at San Antonio Civic Engagment Summit on Oct. 5, Nirenberg said the move would require a change in the City Charter and state law, and the November date "could have a profound effect on student participation."

Bexar County records show voter participation in May city elections is routinely 12 percent or less, while voter turnout in November elections has been as high as 50 percent in a presidential election year.

"Each vote cast is an investment in our future, and the proposal to move our elections to November to help boost civic engagement is an easy step toward greater participation and more significant community input," Nirenberg said.

"Today I am proposing to our city’s Charter Commission that we change our nonpartisan municipal elections from May to November of even-numbered years," he said, adding, "We can have nonpartisan elections in November."

You can replay NOWCastSA's exclusive video of his comments here. Scroll down to read more of his remarks.

In the May 9, 2015 general election, "on a ballot that featured the most competitive mayoral race in a decade, with 10 contested city council races, six ballot  propositions ... drew only 12 percent of registered voters," Nirenberg said.

"This is something we should be embarrassed to tell our kids. This is not an anomaly, but a a larger trend in San Antonio that we can remedy. We can do better and we have to," he said.

"Public trust needs to be our top priority and we need to ensure that more people take part in the ultimate act of local governing, which is voting in municipal elections," Nirenberg said. 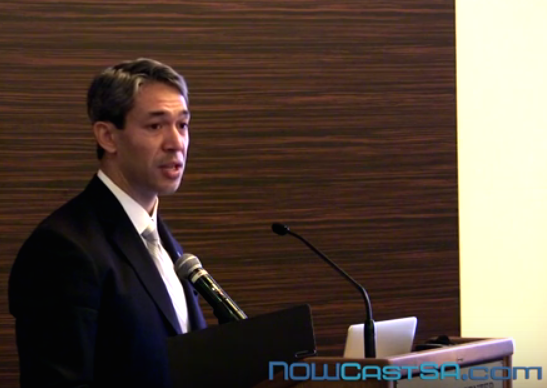