Update: Candidates Alan E. Warrick and Keith A. Toney are in a runoff election Dec. 9 for the San Antonio Council District 2 seat.

Warrick and Toney discussed the issues with Texas Public Radio's David Martin Davies on The Source. You can replay that audio here: "COSA Dist. 2 Candidates Face Off For Dec 9 Run-Off"

Scroll down on this page to watch video of Toney, Warrick and two other candidates in the Nov. 4 Special Election answering questions from residents in Mahncke Park Neighborhood Association on Oct. 21.

In the order they are listed on the Nov. 4 ballot, the candidates present were:  Norris Tyrone Darden, Keith A. Toney, Ntando McIntosh and Alan E. Warrick. The fifth candidate, Elmo Aycock, did not attend. The special election was called to fill the council seat vacated when Ivy Taylor was named Mayor of San Antonio to complete the term of former Mayor Julian Castro.

Each of the candidates present discussed their views on the Historic District Designation for the area, but all four acknowledged that they had not actually looked at the Mahncke Park Neighborhood Plan or spent more than 30 minutes with it.

The candidates also outlined city-wide issues that they would consider priorities if elected. You can replay the entire video from the event here:

Find the nearest location to vote early at this link: http://bit.ly/SAVotes

You can explore the links below to learn more about the District 2 candidates. 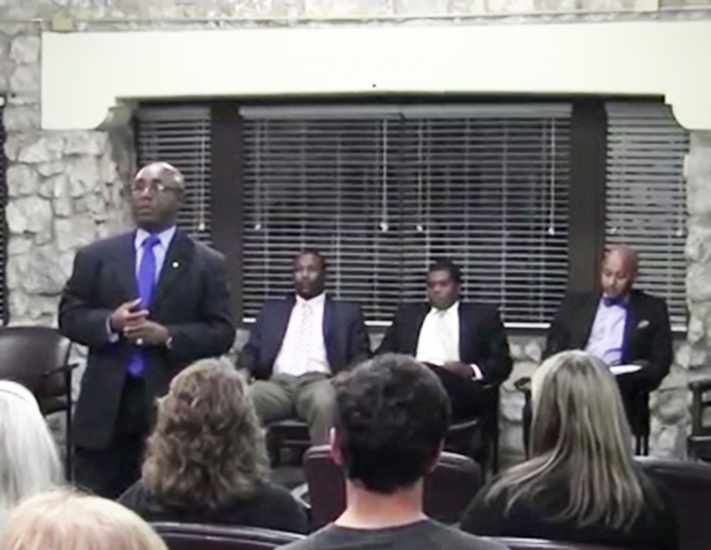