In a speech laced together with data and lifted by his passionate hope for 53,000 students, Superintendent Pedro Martinez described an arsenal of innovative solutions he is using combat the stubborn reality of poverty in the San Antonio Independent School District.

Martinez gave his annual “State of the SAISD” address at a Feb. 22 breakfast program at the Witte Museum’s Mays Center. The event was organized by the San Antonio Hispanic Chamber of Commerce.

Watch a video of Martinez’s address below. Scroll down for more details on the speech and a slideshow of the data he presented.

Most students of the San Antonio Independent School District live in poverty, according to Martinez.

“College readiness is the challenge for our nation,” he told the crowd.

Martinez explained that $31,000 is the median income in the SAISD, compared with $50,800 across Bexar County, and $60,000 in the Northside Independent School District.

Between 1996 and 2015, less than ten percent of economically disadvantaged students had been passing the SAT/ACT exams.

With this in mind, the San Antonio ISD is turning to creative ways to better prepare students for the 21st century, and to give educators more resources.

Martinez said the district understands that, with the changing global economy, students must be better prepared for college and beyond. He acknowledged that, for many of today’s youths, it is harder to secure adequate post-secondary education than in previous years.

“You could argue not everybody goes to college, but does that mean 75 percent of middle-class families shouldn’t be college-ready?” he added.

In talent management, SAISD created a role of “master teacher,” recruiting internally and externally for more than 250 highly skilled educators with a track record of high levels of student success.

Placement in specified classrooms and programs include $15,000 more in pay to support an extra month of work and five more hours of work per week.

The district is partnering to create lab schools where aspiring teachers are paired with master teachers while they work toward certification and an advanced degree. After one year, these resident teachers move onto other SAISD campuses.

View a slideshow from Martinez' State of the District address below. 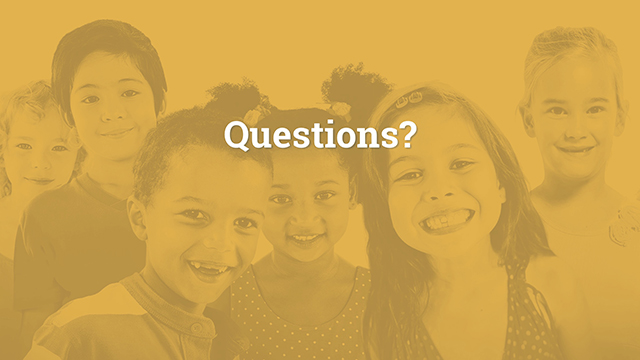 For students, the district partnered with Trinity University to launch an Advanced Learning Academy in August 2016. It opened to kindergarten through 10th-graders, but will expand to 12th grade over the next two years.

This fall, Fox Tech High School campus will be the site for the opening of the Center for Applied Science and Technology (CAST High School).

It will be a themed campus concentrating on coding, cybersecurity, gaming, enterpreneurship and more. The school is working with industry partners to better prepare students who are considering tech-intensive careers.

Steele Montessori Academy will open this August as the first local public Montessori charter campus. It will have trained Montessori educators serving children ages 4 through 6, initially. The program will eventually serve children to age 12.

Ogden Elementary School, in partnership with the Relay Graduate School of Education, will become a lab school next fall. This charter campus will include customized, interdisciplinary curriculum, and multi-age experiences.

Lamar Elementary School will convert this fall to a charter campus to include project-based learning with a civic engagement focus.

The SAISD is improving upon proven models of academic success, such as expansion of its international baccalaureate program. The district is also adding sixth-grade education to 11 elementary schools.

Additionally, the district is continuing with its Students on the Rise program, which links its top students with the nation’s top colleges, especially those that offer full financial aid.

Martinez said the district was grateful that voters also approved a 13-cent increase in the SAISD’s maintenance and operations tax rate last year.

The superintendent also noted the district, in 2016, learned it was awarded a $46 million, five-year federal grant. The grant will support performance incentives and other initiatives to boost student achievement.

According to Martinez, the district also seeks to improve public engagement, including inviting parents to shadow school principals for a day.

Martinez said the district wants to recruit 5,000 community members as student mentors, especially individuals from local businesses to work with high school juniors and seniors. He added that SAISD welcomes the chance to expand community and industrial partnerships.

Hispanic Chamber President/CEO Ramiro Cavazos said with the increase in Science Technology Engineering and Mathematics (STEM) jobs, SAISD is doing what it can to prepare local students for the STEM career pipeline.

“It’s our job to fill those jobs with San Antonians,” he added.

School Board President Patti Radle briefly remarked on the recent resignation of trustee Olga Hernandez, who in the prior week was arrested on federal bribery charges.

Radle said the incident "brings a sadness" to the school board, it should not deter the district and community members from focusing on the main mission: to educate more than 53,000 students.

"It's not going to be a distraction," Radle said. "We want to move forward with you." 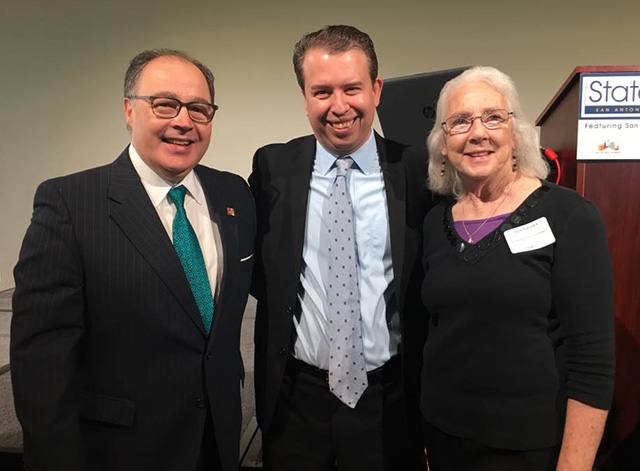