The training was part of the ConnectHome Digital Literacy Passport Program  which is designed to help students in public housing get a lift across the digital divide.

Watch a video from the graduation here:

The local initiative is led by the San Antonio Housing Authority in collaboration with partners including the San Antonio Public Library. (See more NOWCastSA coverage of this issue here: http://nowcastsa.com/category/digital-divide )

Goodwill Industries of San Antonio donated refurbished laptops for the teens and the student training program had additional support from a grant from Capital One.

“The success of the ConnectHome program is due, in large part, to partnerships like this one with the San Antonio Public Library,” said David Nisivoccia, SAHA President and CEO in a news release. “In San Antonio, we’ve been able to take what was a vision for a pilot digital inclusion program and make it a reality for many children, families and seniors. With the support of private supporters like Capital One, we’re able to connect even more individuals in public and assisted housing.”

“This year, SAHA, San Antonio Public Library and other community partners have made great strides to build a foundation that narrows the digital divide, supports digital literacy, and addresses digital inequality for the citizens of San Antonio,” said Ramiro Salazar, Director of the San Antonio Public Library in a news release. “Through initiatives like the Digital Literacy Passport and the Summer Youth Employment Program training we are eliminating the barriers to success that exist for members of our community. We are fortunate to have the support from the private sector through Capital One, who recognizes the importance of literacy and access to the tools and resources that the Library provides to the community.”

NOWCastSA is a partner on the ConnectHome project and received a $6,000 grant from Google Fiber to give Raspberry Pi computers and digital literacy classes to families in public housing. (see the article on that here: http://nowcastsa.com/blogs/nowcastsa-receives-google-fiber-grant-education )

Disclosure: The San Antonio Public Library is an in-kind financial supporter of NOWCastSA. A list of funders and donors can be viewed here: http://nowcastsa.com/content/funding 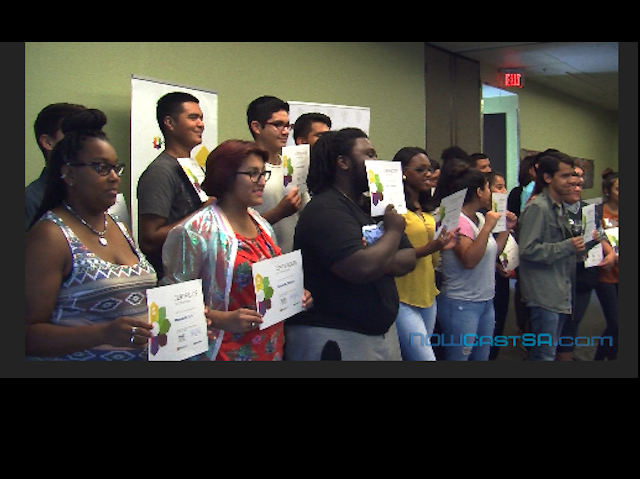