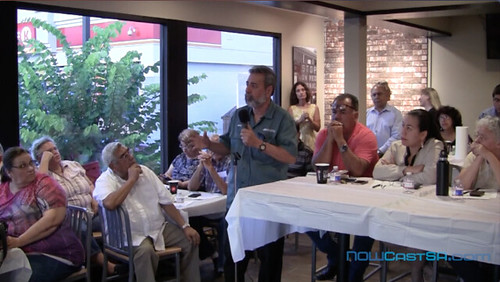 Leaders of the Westside Neighborhood Associations Coalition told the mayor, city council members and state representatives that they are being disrespected and treated like “guinea pigs” in the SA Tomorrow Comprehensive Plan process.

“We’ve been doing this for a year and we still have more questions than answers,” said Velma Peña, president of the Westwood Square Neighborhood Association, one of 11 associations in the coalition. “When we’re at (SA Tomorrow) meetings, and we want to ask questions, they (city planners) want to, right away, shut us down. Right away,” she said. “So this is why it was important for us to get together so you all can hear from us, instead of just the planners,” said Peña. “You all need to hear from the community.”

Elgino Rodriguez, president of the Loma Vista Neighborhood Association, said the SA Tomorrow land use plan will “trump the community plan that took two to three years to create, and that’s not fair to the community.”

Rudy Lopez, president of Thompson Neighborhood Association, asked that the city “respect those plans, and not completely do away with them.”

"For the last 300 years, West side communities have been disrespected and ignored," Peña said. "This feels like more of the same.”

Neighbors will be heard

Nirenberg promised the concerns will be addressed. "Our role here is mostly to listen to your concerns and make sure they are acted upon," Nirenberg said. “I’m hearing that... you are concerned that those neighborhood plans are going to get trumped, subsumed, run roughshod over by these land use plans,” he said.

“I’m here to tell you that that is not the intent. And if that is occurring at the community level, whether it is in a zoning meeting or a neighborhood association meeting, that is not being implemented the way we intended,” he said.

This is the first time Nirenberg has publicly addressed criticism that the SA Tomorrow process has disregarded neighborhood plans and been unresponsive to community residents.

In meetings recorded on video by NOWCastSA, city planners have repeatedly told residents that their neighborhood plans would be scrapped, or only incorporated "by reference" in the final SA Tomorrow Comprehensive Plan. The planners’ public statements contradict the city council’s direction to respect and include neighborhood plans in the Comprehensive Plan. (Read more about that here.)

Concerned they were being marginalized by the SA Tomorrow process in 2016, dozens of neighborhood associations helped form the Tier One Neighborhood Coalition to protect their painstakingly crafted neighborhood plans and to demand more transparency and responsiveness. (Read more about that here.) The Westside Neghborhoods Association Coalition is part of the Tier One Coalition, whose leaders were also at the Pizza Hut meeting.

Nirenberg said the neighborhood plans are meant to be building blocks to develop the land use plan in SA Tomorrow.  He said residents’ concerns would be heard.

“There are a lot of stopgaps in place to make sure we don’t get this wrong and so that you have a voice in the process,” he said.

The most notable speed bump for zealous city planners is the Comprehensive Plan Committee, chaired by Councilwoman Gonzales. The committe's most active members include Councilman Treviño, who has been leading the charge for community education and engagement.

Slowing down the process

Gonzales told residents they should feel free to ask for more information. “I repeatedly kept asking for more briefings because it’s very complicated,” she said. “I don’t think neighborhood associations should feel any problem with repeatedly asking for more meetings, more delays, more committee actions. Because even I, the chair of the committee… often have questions,” she said.

"We hear you loud and clear," Treviño told the residents. "First of all, I want to assure you that we are making sure neighborhood plans are being incorporated, and we will continue to fight for that."

With help from the San Antonio American Institute of Architects and a staff member who is Director of Land Use and Neighborhood Planning, Treviño has scheduled a series of workshops in September to help residents and developers better understand the land use process.

Through it all, he promised, "the goal is to make sure that the neighborhood plans are incorporated and are a part of all of this; not referenced, not a tag or an index in the overall plan, but a part of it.”

“Since I have been on the council, we have four new neighborhood associations, and I cannot tell you how proud that makes me feel,” she said, drawing applause from the audience.

Gonzales said it is harder for residents to make their concerns known without neighborhood associations.

“In District 5 we only have 11 registered neighborhood associations, compared to about 80  in District 8,” she said. “So they have 80 people they can get together -- 80 presidents!”

She praised the Coalition of leaders in District 5 for organizing the meeting and for speaking up.

“I think we’re making a really solid impact with the people we have,” she said. 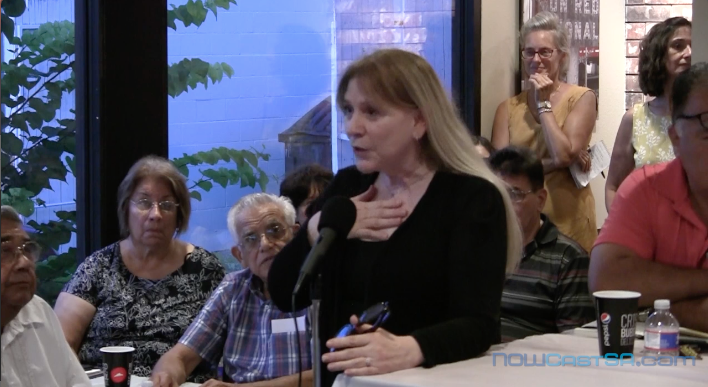