“Ending Racism in About an Hour” was the conversation led by W. Kamau Bell at San Antonio College (SAC) Thursday night, Feb. 2.

“In these days, it may take two or three hours,” the California comedian quipped.

SAC’s McAllister Fine Arts Center was packed with 600 people to hear the stand-up comic and television host deliver what he called ‘The W. Kamau Bell Curve.’

Dr. Robert Vela, president of SAC, introduced the presentation, calling it relevant to students and all of America.

“It’s a captivating program that shows why Black Lives Matter,” he said.

View a photo gallery from Bell's performance below. 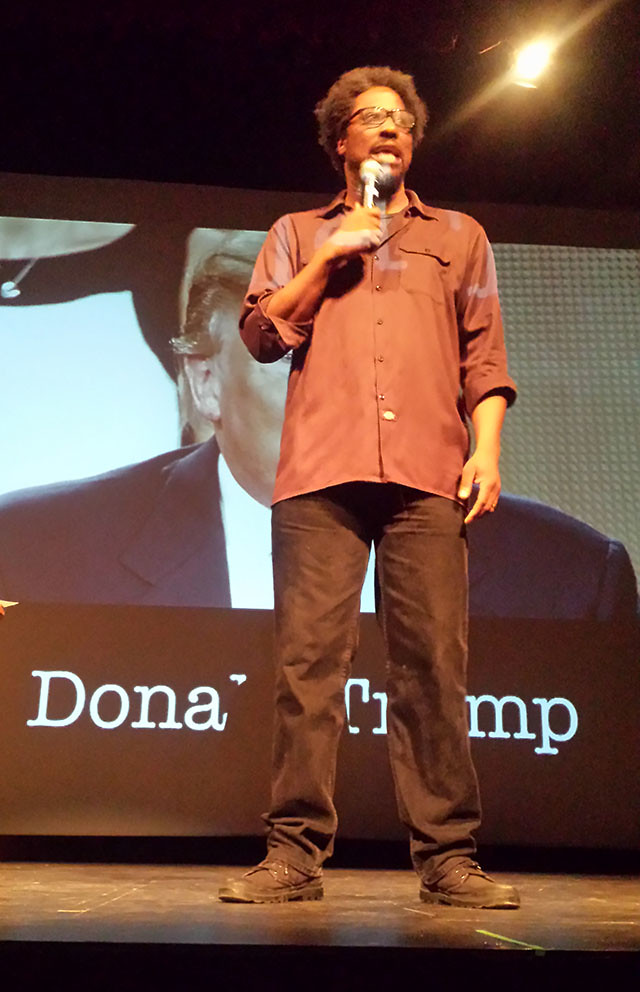 “His name is just too black,” he said. “That dude’s name might as well be ‘Blackie Blackerson.’ ‘Barack Obama - Black Osama? Um ummm…,’” Bell drawled, shaking his head, impersonating an Orange State denizen.

Bell stopped telling that joke when he feared it might hurt Obama’s race for presidency. Now that his term has ended, it is back on the comedian’s repertoire. Bell has nothing but praise and admiration for Barack and Michelle. He said Obama remained true to his ideas.

“He stayed black for eight years,” Bell said in a joking manner.

Bell said that racism is not all about being black.

“Whiteness is just as much about race as anything else,” he said.

Bell used PowerPoint images with his presentation to illustrate his point about the prevalence of racism.

He projected an image of a Red Cross safety pool poster that made the news last year. It showed a swimming pool full of kids of all different backgrounds urging them to “Be Cool, Follow the Rules.” Kids following the rules were tagged, “Cool,” and were invariable white. Kids who were breaking the rules were identified as, “Not Cool,” and they had darker skin.

“This is not cool,” Bell said.

Another image, this one from a 2015 University of North Georgia catalogue, shows two men in suits winning a foot race against a white woman in heels while a black man struggles to come in last.

“Not cool,” Bell said. “How many black Olympic runners come in last against white competitors?”

View a photo gallery of the images used in Bell's presentation below. 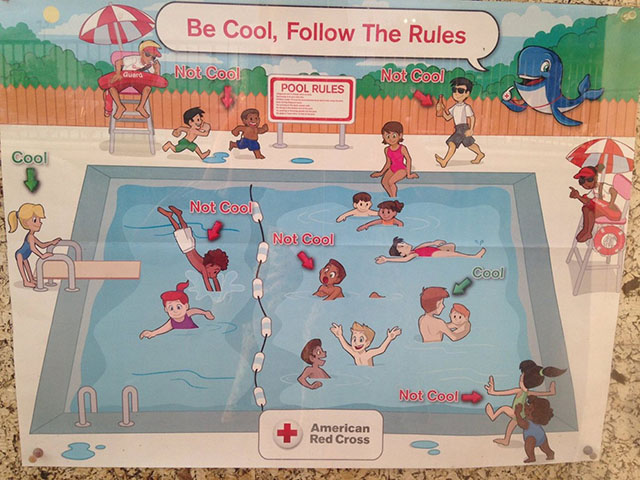 Bell showed a slide with the words of Jesse Owens, who dispelled the myth of Arian supremacy in the 1936 Olympics by winning four gold medals in Nazi Germany.

Bell discussed the controversy over the decision of San Francisco 49ers football star Colin Kaepernick to refrain from standing during the national anthem. The PowerPoint slide proclaimed the National Football League quarterback’s reasoning loud and clear:

"I am not going to stand up to show pride in a flag for a country that oppresses black people and people of color. To me, this is bigger than football and it would be selfish on my part to look the other way. There are bodies in the street and people getting paid leave and getting away with murder." – Colin Kaepernick

Bell reminded the audience of the third stanza of the Star Spangled Banner.

“’No refuge could save the hireling and slave / from the terror of flight of the gloom of the grave,’ are lines from the national anthem,” Bell said. “How racist is it to rhyme slave and grave with ‘home of the brave’?”

Bell called attention to the absurdity of having white guys portray people of color on film. Joseph Fiennes (of English, Irish, and Scottish ancestry) recently was cast as Michael Jackson on a BBC episode.  And Matt Damon (American actor of English, Scottish, Finnish, and Swedish descent) stars in a movie, “The Great Wall” (set to be released this month), that takes place in China.

Bell read from the promotional poster, “What were they trying to keep out? Matt Damon!”

Bell also said we need to talk about racial stereotypes.

“We should have these little discussions,” he said. “Then we can have great discussions.”

Bell said there are many who believe the election of a black president meant that prejudice no longer exists.

He then showed image after image of the grinning logo of the baseball team.

"I was glad they didn’t win the World Series,” he said. “The real Indians were out protesting at Standing Rock.”

Bell said the government controls race according to the census. He declared that we have a false fear of Arabs.

“Race is not real but racism is real.”

Bell parodied those who raise the question, “Shouldn’t we say ‘All Lives Matter?’”

“The problem with #AllLivesMatter is that shuts down black people and moves the conversation away from the movement,” he said. “But nobody has come up with ’White Lives Matter.’ You can’t even get that to trend,” he laughed.

Bell challenged the white people in the audience to represent their race.

Bell believes levity can bridge the gap between races.

“You’ve got to evolve the conversation,” he said. “We have to keep a sense of humor.”

In a variety of ways, Bell gave examples that white is the default color in which our society operates. Celita Vance Ávila, a librarian at SAC, agrees.

"White people don't have to navigate their entire day based on the color of their skin," she said. "His subtle and overt examples of racism require us to have the conversation that Americans have largely avoided for centuries." 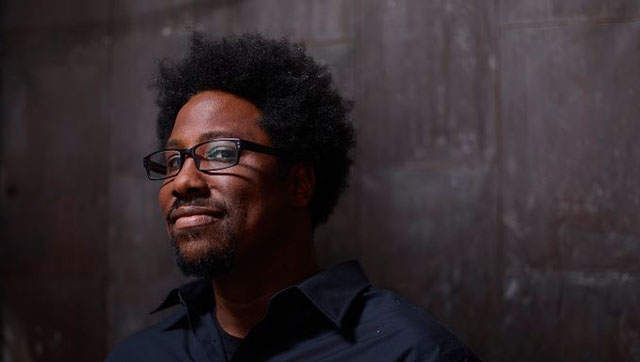