Texans United for Families and Grassroots Leadership today called on President Obama to immediately halt the expansion of two for-profit south Texas family detention camps and prioritize release of asylum-seeking mothers and children being held in these camps.  A federal court on Friday temporarily blocked the policy of detaining families as a deterrent to future migration and sharply rebuked the administration's national security justification for prolonged detention of refugee families.

“The court spoke clearly last week,” said Peggy Morton of Texans United for Families.  “There is only one right move left for the administration: To free the families.”

Since the summer of 2014, Immigration and Customs and Enforcement (ICE) has dramatically expanded the practice of detaining asylum-seeking women and children, mostly from Central America, in prison-like detention camps in Texas. Department of Homeland Security Secretary Jeh Johnson told reporters this summer in New Mexico that the reason for the detention was to send a message. "Our message to those who are coming here... 'We will send you back,'" Johnson said.

But U.S. District Judge James E. Boasberg in Washington said that policy was “likely unlawful.”  Boasberg ordered federal officials to stop detaining asylum seekers “for the purpose of deterring future immigration to the United States, and from considering deterrence of such immigration as a factor.” Friday's ruling, the result of a lawsuit brought by the American Civil Liberties Union and the University of Texas Law School, puts the policy on hold pending a hearing later.

"Incantation of the magic words 'national security' without further substantiation is simply not enough to justify significant deprivations of liberty," the judge wrote.

“Given this ruling, ICE should immediately abandon its current plans to expand the detention camps in Karnes City and Dilley,” said Cristina Parker of Grassroots Leadership. “Then family detention should be ended once and for all.” 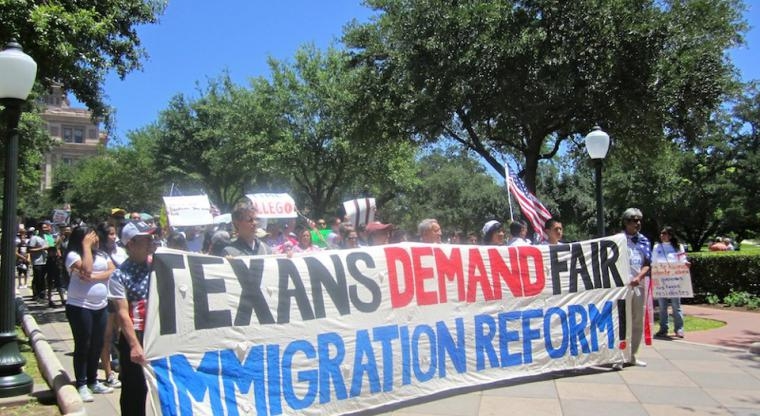