REPLAY VIDEO: 3 Day Startup (3DS) is an entrepreneurship education program designed for university students, techies and business people with an emphasis on learning by doing. The idea is simple: start a tech company over the course of three days.

Thanks to underwriting support of the 80/20 Foundation, NOWCastSA will webcast 3DS San Antonio live from Geekdom from 2:30 p.m. on Friday, Aug. 9 until it concludes on Sunday, Aug. 11. Anyone with an Internet-connected mobile or computer will be able to watch participants and mentors in action as they brainstorm, develop and pitch startup tech companies.

At 7 p.m. on Sunday, Aug. 11, the teams deliver their final pitches and prototype demonstration to apanel of investors, entrepreneurs, and professors. The final pitch session is open to the public. NOWCastSA will be streaming live throughout, and the video will be available for replay here when it is over.

What is 3 Day Startup?

3 Day Startup (3DS) began in 2008 as a student organization at The University of Texas at Austin. It has since become a 501(c)(3) nonprofit with 57 programs on four continents.

3DS brings together students, entrepreneurs, tech savvy individuals and business people to work on startup ideas and engage each other in an accelerated and mentored environment with a dedicated workspace that encourage its participants to “learn by doing.”

A startup is defined by Mariam Webster as a “fledgling business enterprise,” but it is usually associated with tech savvy ideas with repeatable, scalable business models that can be developed to grow big and grow fast.

3 Day Startup San Antonio is organized by Dr. Luz Cristal Glangchai, assistant Professor of Practice and Director for the Center for Entrepreneurship and Innovation at Trinity University, and Joshua Schechter, an entrepreneur and former 3DS participant.

In San Antonio, 3DS works differently than its predecessor in Austin, which is tied to University of Texas, Schechter said.

“Here in San Antonio, we have invited and presented to all colleges and campuses, corporations (we had participants from HEB, USAA, and Rackspace) the fashion incubator, the food and beverage incubator, and other entrepreneurial collaborative workspaces like Geekdom,” he said.

Thanks to underwriting support of the 80/20 Foundation, NOWCastSA webcast 3DS San Antonio live from Geekdom from 2:30 p.m. on Friday, Apr. 26 through Sunday, Apr. 28. Click here to replay videos.

The November 2012 3DS received 343 applications, 120 of which were completed. From those,  a committee of educators and alumni chose 40.

“The number one criteria for selection is passion," Schechter said.  "We are also concerned about diversity – age, gender, socio, etc – and tried to come up with a balance of participants.”

The 3DS began in the afternoon of Friday, Nov. 16, 2012 with the meeting of the 40 successful applicants that were divided into eight groups of five people.

Each group was tasked to brainstorm and then to pitch their ideas to a larger group that evening. The pitches were then questioned and criticized and put to a vote to decide the top seven ideas. Members from all the initial groups were then released to support the pitch of their choice according to where they felt they could contribute the most.

Revisit our coverage of the initial pitches.

Here are the seven groups that were formed and our coverage of them that Friday night.

During my rounds of coverage, I came across the Parking Buddy, a rogue group of three members that decided they had an idea that was worthwhile to pursue, despite a lack of popular support during Friday evening's pitching session.

“The weekend is, by design, organic in nature," Schechter said. "So called ‘rogue’ groups, like the parking idea you referenced, are the norm.  Sometimes a good idea is not democratically chosen and the individual is free to pursue it over the weekend and have the benefit of mentorship etc.  Often those teams are even more cohesive and rise above.  Occasionally a bad idea is chosen and worked on, and often morphs into something really good by the end of the weekend.  Bottom line:  the focus of the weekend is on education and if everyone takes away at least one gem, it’s a win.” 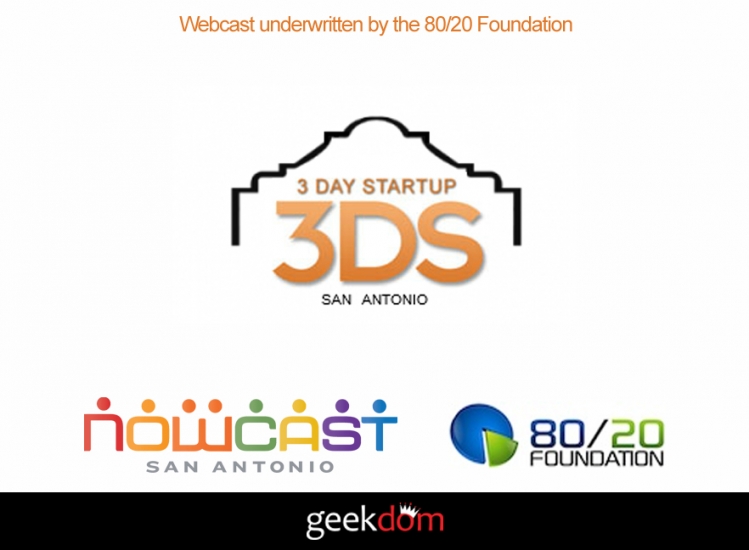