Replay Video: Join NOWCastSA and San Antonio Public Library at 7 p.m. on Tuesday, May 12 for the live webcast of From the Killing Fields to the White House: The American Dream in First Person, presented by Former Ambassador Sichan Siv.

In 1976, Ambassador Siv escaped from the killing fields of Cambodia and settled in Connecticut. His book, Golden Bones, chronicles his journey to freedom.

Siv will speak about his childhood in Cambodia, the Khmer Rouge regime, living in a Thai refugee camp, arriving to the States and having a variety of service jobs. He will also talk about his time as Deputy Assistant to President George H.W. Bush at The White House and as U.S. Ambassador to the United Nations. After his speech he will sign copies of his book. 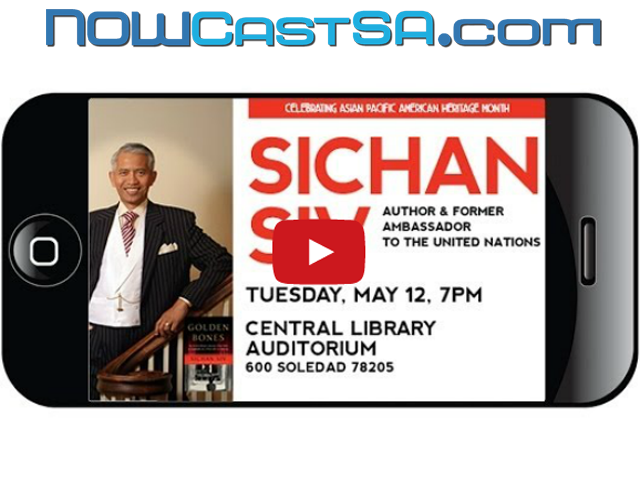