The conversation at the John F. Kennedy Library and Museum on April 19, 2016 during National Fair Housing Month, was moderated by Renée Loth, editor of ArchitectureBoston and columnist for The Boston Globe.

According to the Kennedy Library website, "Kennedy Library Forums are a series of public affairs programs offered by the John F. Kennedy Presidential Library and Museum to foster public discussion on a diverse range of historical, political and cultural topics reflecting the legacy of President and Mrs. Kennedy's White House years." 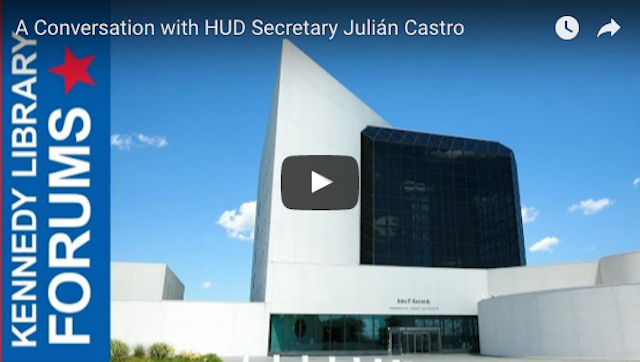