CPS  Energy President and CEO Doyle Beneby unveiled the details and artist renderings, accompanied by San Antonio District 5 Councilwoman Shirley Gonzales, and the energy company's partners in the project on May 20, 2015 at Our Lady of the Lake University.

In his remarks, Beneby said CPS Energy's partners, OCI Solar, Silver Spring Network and Landis+Gyr contributed $15 million be used as seed funding to build the EPICenter. "This journey we are on is an amazing one, and one that will benefit our industry and this community for many years to come," Beneby said.

"The EPIcenter will be unique in its focus on creating thought and action around the research and development of new and emerging energy technologies," Beneby said. "We built on the tradition of the public/private partnerships that have forged the Mission Reach, we hope to create an educational and innovation hub."

Gonzales called the EPICenter project "transformational for a community like ours ... it places San Antonio on the map as a center for innovation."

CPS Energy said the new complex will be a "community space for clean energy education, collaborative work spaces, developmental research and other efforts that support CPS Energy’s mission of exploring new ways to provide affordable, reliable and sustainable energy. The EPIcenter will also act as a nonprofit organization by raising funds from outside the local community to commit to energy research and economic development efforts."

Thanks to underwriting from CPS Energy, you can replay the panel discussions and unveiling here: 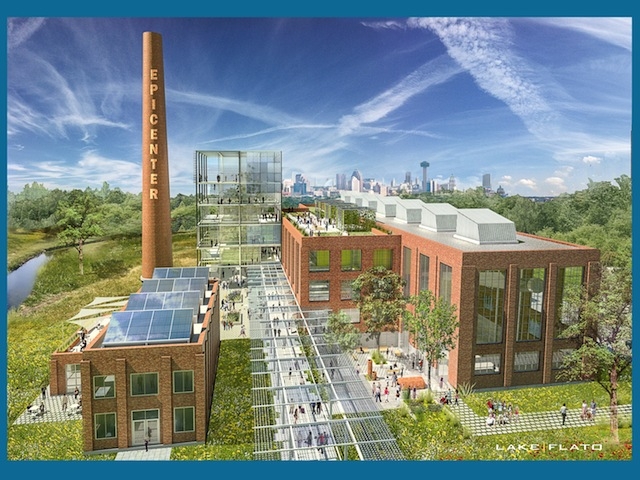