Economic Issues for Women in Texas is a report produced by Texas Women’s Foundation and authored by the Center for Public Policy Priorities that examines the building blocks of economic security - those that impact a family budget - and then drills down to highlight the differences and commonalities across nine Texas metro areas (click here to see a PDF of the report).

According to a news release, 30 percent of Texas households are female-headed, yet they represent 53 percent of households living in poverty. In San Antonio, those figures are 31 percent and 57 percent respectively. In the San Antonio metro area 72 percent of jobs pay less than $43,392 per year – which cannot sustain a single mom with one child. The study found that full-time working women in the area have median earnings of $34,463 a year, slightly lower than the state median earnings for women.

The Jan. 9 community conversation about Economic Issues for Women in Texas presented by the newly launched Women and Girls Project of San Antonio and the San Antonio Area Foundation has been put on hold, and will be rescheduled. Information on the event will be posted here as soon as it is available. 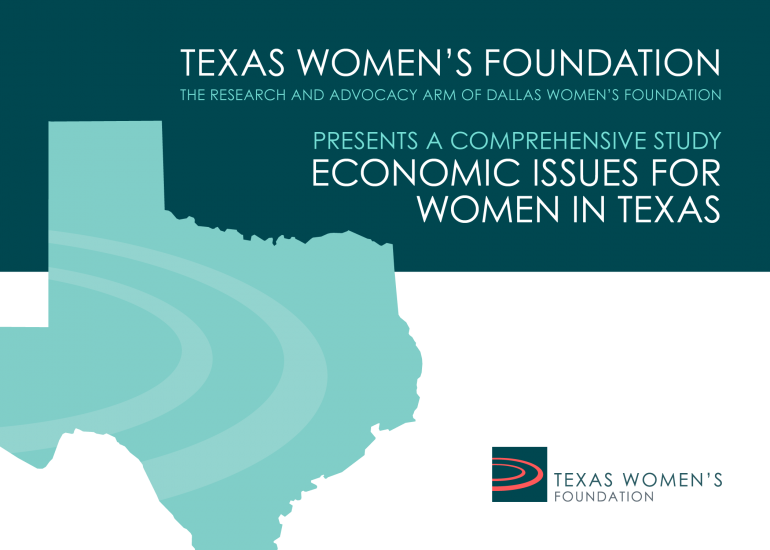