The forum opened with a screening of NOWCastSA’s short documentary with first-hand stories of refugee mothers who shared their stories with NOWCastSA hours after being released from Karnes County Correctional Center, a privately-operated prison located about 60 miles south east of San Antonio,o share their stories. Watch the documentary here: Mothers and Children In Detention

Community members related personal stories abou their efforts to comfort and support the women and children who fled violence, death threats and poverty in El Salvador, Guatamala and Honduras.

Jorge Montiel of COPS/Metro Alliance examined the business of immigrant detention, and followed the money coming from and going to the private prison companies, Corrections Corporation of America and the GEO Group, Inc. See his presentation on video here.

At the conclusion of the forum, Congressmen Lloyd Doggett and Joaquin Castro reiterated their call for end to family detention and private prisons, and pledged to refuse campaign contributions from the corporations that run the prisons. See that story and video here.

Watch the entire video below in English or Español:

Also at the forum, members of the Interfaith Welcome Coalition, a diverse group of congregations formed in 2014 to address the humanitarian crisis of Central American refugees, discussed their experience with women and children who journeyed thousands of miles seeking safety and refuge from violence in their homelands only to be locked in private prison camps by U.S. Immigration and Customs Enforcement.

Jonathan Ryan, an attorney with of RAICES Texas will give an update on the latest developments on relevant court decisions.

The Interfaith Welcome Coalition is a broad network of faith-based groups, community organizations and concerned individuals whose  work focuses on women and children seeking asylum in the United States.
Members of the group advocate in local, state and federal governments for the end of family imprisonment.
Learn more at: http://texasiwc.org/

Communities Organized for Public Service and the Metro Alliance are a coalition of congregations, schools, and unions work together for the public good, to make San Antonio a better place for families. COPS/Metro Alliance work to identify a diverse, broad-based leadership that can connect to each other in new ways in order to act effectively on behalf of children, families, and neighborhoods. Learn more at  http://www.copsmetro.com/ 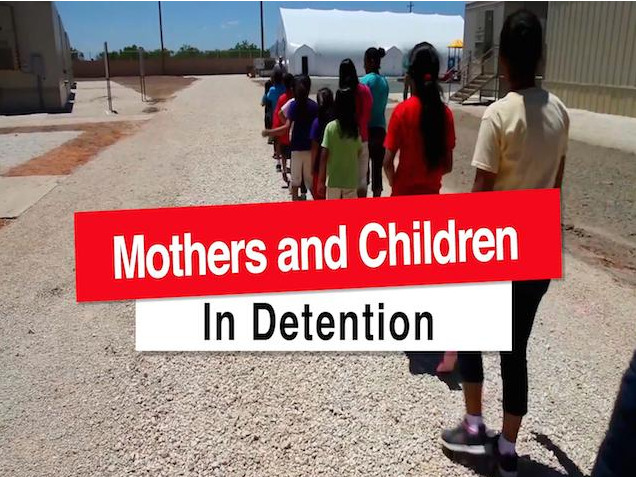