Thanks to the underwriting support of Geekdom, anyone can come back and replay the video. :

Bill Schley is an award-winning branding expert, author, speaker and a life-long entrepreneur. He is President and Co-Founder of BrandTeamSix and is known for creating the Dominant Selling Idea at some of the world's most successful companies. He began his career as a writer at legendary Ted Bates Advertising Agency in New York where he won an Effie Award for sales effective advertising. In addition to The UnStoppables, his fourth book, he is the author of Why Johnny Can't Brand which won the award for "Top 5 Marketing Books of the Year" by Strategy+Business Magazine, and The Micro-Script Rules. He has appeared on CNBC's Street Signs, CNN Money Online and numerous syndicated radio programs.

About The Master's Series:

Have you ever wanted to learn from a Jedi master? As a startup how should you do accounting, sales, hiring, or branding? Most startups don't have access to professionals that are experts in a specific area. Geekdom is solving this problem by bringing in the heavy artillery in The Master Series. Speakers sharing their wisdom with community will be experts in areas like NPS, sales, customer service and branding.

If there is an area you would like included, email ryan@geekdom.com with your suggestions. 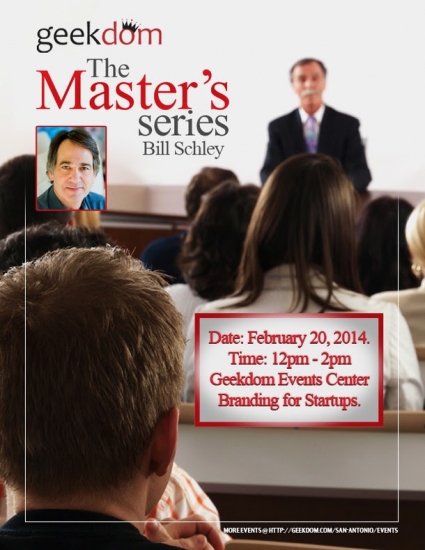