Webcast: Ginger Kerrick at the Conference for Undergraduate Women in Physics

REPLAY the video from the webcast of a conversation with Ginger Kerrick, NASA's  first Hispanic female flight director, who spoke at the 2016 Conference for Undergraduate Women In Physics.
The conversation took place in the University of Texas at San Antonio's University Center, and was watched and shared across nine universities, who are simultaneously holding three-day regional conferences for undergraduate physics majors. During the webcast, UTSA passed along questions from the other sites via social media about Kerrick's experiences as a physicist.
In the NASA video below, Kerrick talks about her life, the turns it took, the paths she chose, and how she became the first non-astronaut capsule communicator.

Check out the video below and hear her story:

This webcast is underwritten by UTSA Department of Physics and Astronomy. 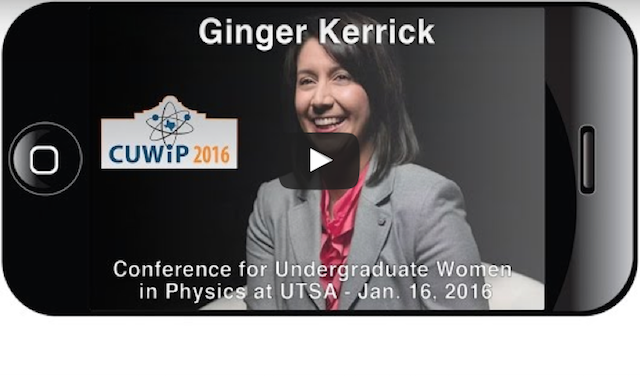