Webcast: The Historic Impact of Henry B. Gonzalez

Hosted by the UTSA Office for Community Services and the College of Public Policy, this panel discussion is free and open to the public. Those who wish to attend the event at the UTSA Downtown Campus Aula Canaria Lecture Hall (BV 1.328) should click here to RSVP.

Thanks to the generous support of the UTSA College of Public Policy, San Antonio Public Library, Max Navarro, Jane Macon and from viewers like you, anyone can watch these events live or replay the video later right here on this page. 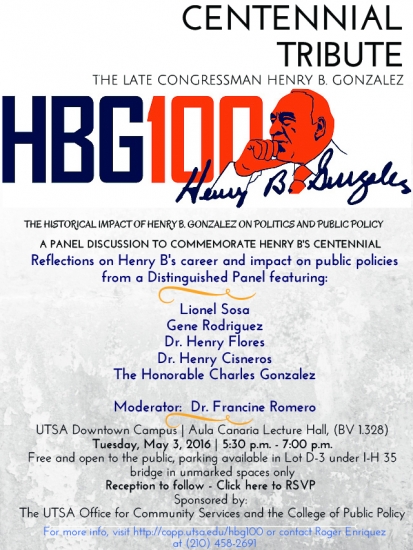