Webcast: The Holocaust Learn and Remember: Art and Survival

Join NOWCastSA and the San Antonio Public Library on Jan. 31 at 7 p.m. as Dr. Edward Westermann examines artistic depictions by survivors of the Holocaust and discusses the insights that the works of art offer as a method for understanding genocide.

Art & Survival was the theme of the 2018 Learn & Remember programming, produced by San Antonio Public Library, program co-founder Howie Nestel, in partnership with the Holocaust Memorial Museum of San Antonio.

Programs throughout the month focused on artists and works of art that explore the experience of survivors during the war and after liberation. The Central Library Gallery has been host to Through the Eyes of Survivors: The Art of Healing, a moving and powerful exhibition that explores major historical aspects of the Holocaust, beginning with Jewish life in pre-Holocaust Europe and ending with the liberation of Nazi concentration and extermination camps across the continent and the remarkable return to life of the survivors.

Edward Westermann received his Ph.D. in History from the University of North Carolina at Chapel Hill. He is the author of Hitler’s Ostkrieg and the Indian Wars: Comparing Genocide and Conquest, Hitler’s Police Battalions: Enforcing Racial War in the East and Flak: German Anti- Aircraft Defenses, 1914-1945. Dr. Westermann has published extensively in the areas of Holocaust and military history and is the recipient of numerous research grants and fellowships. He also is the Distinguished Scholar in Residence at the Holocaust Memorial Museum of San Antonio.

Disclosure: The San Antonio Public Library is an in-kind financial supporter of NOWCastSA. A list of funders and donors can be viewed here. http://nowcastsa.com/content/funding 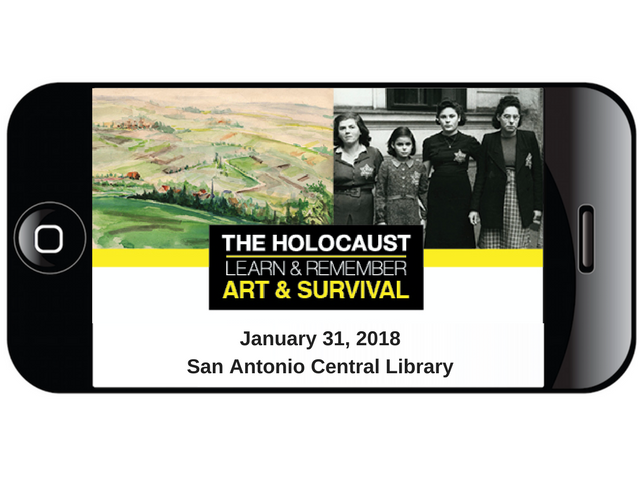