Join NOWCastSA, the UTSA College of Public Policy and the League of Women Voters of the San Antonio Area on Feb. 27, 2018 at 6 p.m. at the UTSA Downtown Campus for a Judicial Candidate Debate.

Several District Court positions are up for election. In advance of the March 6, 2018 primary, come hear what the candidates have to say on issues.

Candidates who have confirmed their presence:

Thanks to support from viewers like you, anyone can watch the webcast live or replay later, for free, right on this page. 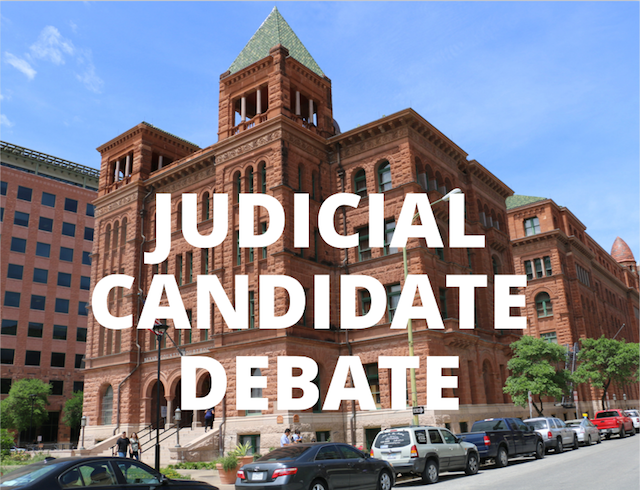