The San Antonio Association of Hispanic Journalists, in coordination with the Society for Professional Journalists, hosted a symposium highlighting issued related to the 2016 Hispanic vote on Sept. 24, 2016. 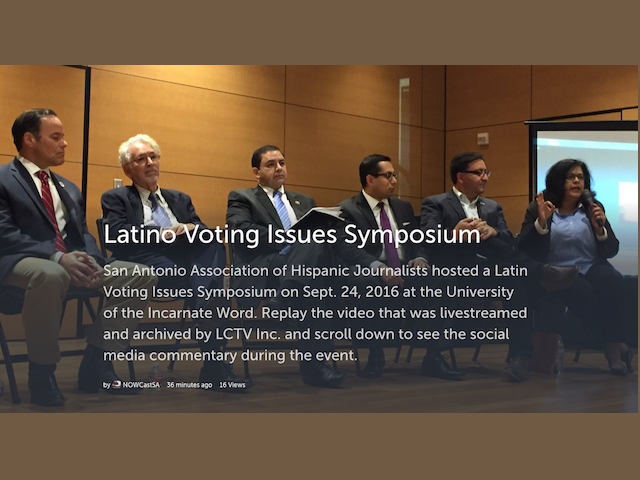