Replay video of the National Latino Children's Literature Conference during which San Antonio Mayor Ron Nirenberg and his wife, Erika Prosper, delivered dual keynote remarks in English and in Spanish as part of the international Campoy-Ada Awards ceremony.

The ceremony at the downtown campus of University of Texas, San Antonio on Feb. 24, 2018 was the inaugural Campoy-Ada Awards ceremony saluting authors of children's books written in the Spanish language. Given by the Academia Norteamericana de la Lengua Española, the awards (see full list here) honor authors F. Isabel Campoy and Alma Flor Ada who have written a combined 200 books of children's literature.

Both Campoy and Ada participated in the ceremony that was emceed by poet and author Carmen Tafolla, who has served as San Antonio Poet Laurete and Texas Poet Laureate. The event was hosted by the National Latino Children's Literature Conference and sponsored by UTSA's Department of Bicultural-Bilingual Studies and the University of Alabama.

The conference also awarded its first Milagro Scholarships to students in the Department of Bicultural-Bilingual Studies who plan a career in bilingual education. Five students each received a $1,200 scholarship.

Jorge Argueta, whose trilingual picture book, Agua, Agüita / Water, Little Water, was Campoy-Ada winner of the children's poetry category,  concluded the ceremony with an animated reading from his book.

Thanks to support from viewers like you, anyone can watch live or replay this video later, for free, right on this page.

The National Latino Children’s Literature Conference mission is to showcase “the works of authors, illustrators, and scholars who embody Latino culture and art as a means to promote literacy and reading in Latino children.”

The conference is designed to encourage librarians, educators, researchers and students to talk about ways to meet the literacy needs of Latino children. 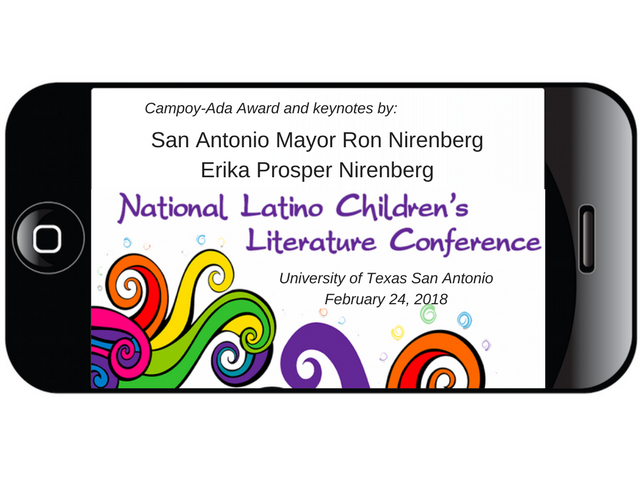