Webcast: Medical Prices in the US

REPLAY VIDEO: Join us at 5:30 p.m. on Tuesday, Feb. 11 for the live webcast of Medical Prices in the US: A Problem We Can't Ignore featuring New York Times Health Correspondent Dr. Elisabeth Rosenthal.

The lecture is the 11th annual Frank Bryant, Jr., MD Memorial Lecture in Medical Ethics presented by The Center for Medical Humanities and Ethics at The University of Texas Health Science Center San Antonio and is free and open to the public. There will be a reception following the presentation. Click here to RSVP.

Thanks to the generous underwriting support of Methodist Healthcare Ministries of South Texas, Inc., you can watch the event here live or replay the video anytime after the event. Elisabeth L. Rosenthal, a New York Times Senior Writer who trained as a medical doctor, spent 2013 working on a year-long series on health care costs and pricing. During 20 years as a reporter/correspondent for the New York Times, she has covered a wide variety of beats – from health care to international environment to general assignment reporting for six years in China. She is a frequent contributor to the New York Times’ Sunday Review section.

Dr. Rosenthal’s many journalism awards include the Asia Society’s Osborn Elliott prize, the beat reporting award from the Society for Environmental Journalists, and multiple citations from the Newswomens’ Club of New York. She has been a Poynter Fellow at Yale, a Ferris Visiting Professor at Princeton and an adjunct professor at Columbia University.

Born in New York City, Dr. Rosenthal received a B.S. degree in biology from Stanford University and a M.A. degree in English literature from Cambridge University, where she was a Marshall Scholar. She holds an M.D. degree from Harvard Medical School. She trained at New York Hospital in internal medicine, and worked there in the Emergency Department before becoming a full-time journalist. 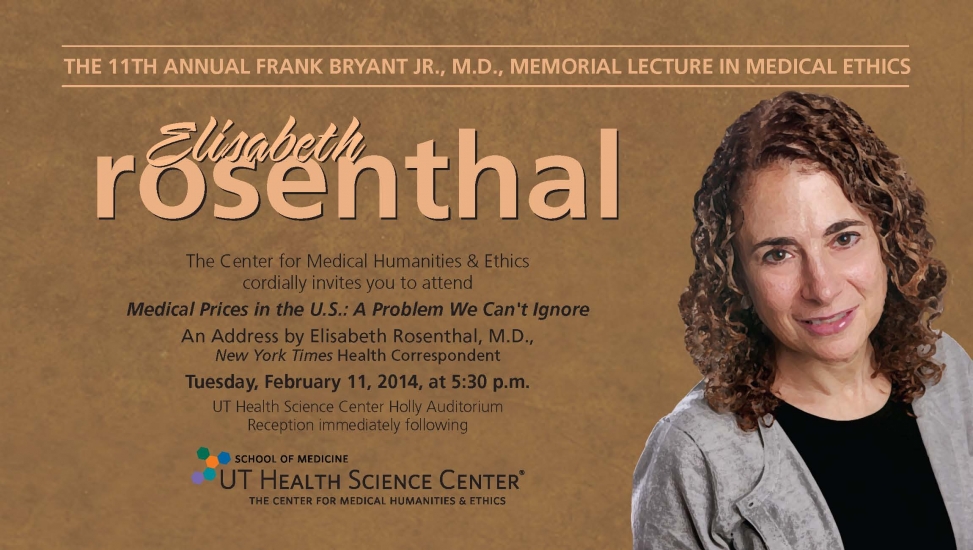