Webcast: #MeToo at the Texas Legislature

Replay the video of the Jan. 9, 2017 conversation on sexual misconduct in the Texas Capitol and efforts to reform the Legislature's sexual harassment policies, moderated by the Tribune's Alexa Ura.

This article originally appeared in The Texas Tribune at https://www.texastribune.org/2018/01/09/livestream-metoo-txlege/. 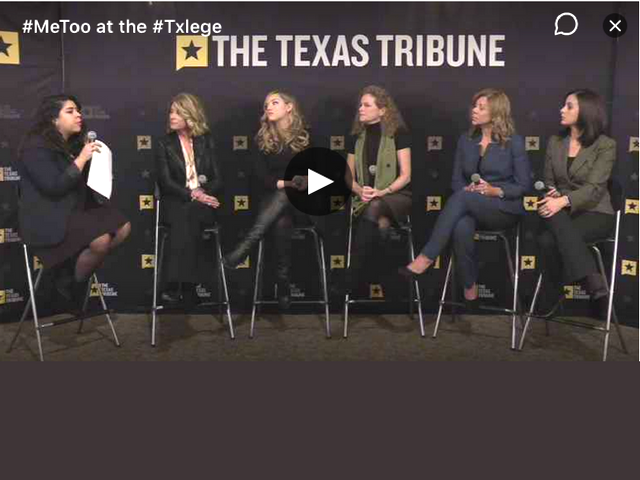