Webcast: Is My Mind Mine?

REPLAY Video from the June 9  webcast of Is My Mind Mine? Neuroscience, Privacy and the Self, presented by Paul Root Wolpe, Ph.D.

The Conversations About Ethics lecture is presented by The Center for Medical Humanities & Ethics at The UT Health Science Center San Antonio.

Thanks to the underwriting support of Methodist Healthcare Ministries of South Texas, Inc. anyone can watch the webcast live right here on this page, or come back and replay the video later.

For the first time in human history, we are developing the ability to apprehend information directly from the brain. Brain imaging and allied technologies now allow scientists a glimpse into the subjective thoughts and inner dialogues that have always been private and inaccessible to others. By doing so, they are forever changing the very idea of privacy, raising thorny questions about who should have access to our innermost thoughts. In this talk, we explore the implications of brain imaging not only for personal privacy, but also for legal questions such as Fifth Amendment protections.

Paul Root Wolpe, Ph.D. is the Asa Griggs Candler Professor of Bioethics, Raymond Schinazi Distinguished Research Professor of Jewish Bioethics, Professor of Medicine, Pediatrics, Psychiatry, and Sociology, and the Director of the Center for Ethics at Emory University.  Dr. Wolpe is also the Senior Bioethicist at the National Aeronautics and Space Administration (NASA). He is Co-Editor of the American Journal of Bioethics (AJOB), the premier scholarly journal in bioethics, and Editor-in-Chief of AJOB-Neuroscience, and sits on the editorial boards of over a dozen professional journals. He is a past President of the American Society for Bioethics and Humanities, a Fellow of the Hastings Center, and a Fellow of the College of Physicians of Philadelphia, the country’s oldest medical society.  Dr. Wolpe’s work focuses on the social, religious, and ideological impact of biotechnology on the human condition.  He sits on many national and international non-profit organizational boards, and consults for academic institutions and the biomedical industry.  Dr. Wolpe won the 2011 World Technology Network Award in Ethics, has recorded a TED Talk, was named one of Trust Across America’s Top 100 Thought Leaders in Trustworthy Business Behavior, and was profiled in the November, 2011 Atlantic Magazine as a “Brave Thinker of 2011.”   Chosen by The Teaching Company as a "Superstar Teacher of America," Dr. Wolpe is a frequent contributor and commentator in both the broadcast and print media, recently featured on 60 Minutes and with a personal profile in the Science Times of the New York Times.

Click here to see a complete playlist of videos from the UTHSC Center for Medical Humanities and Ethics. 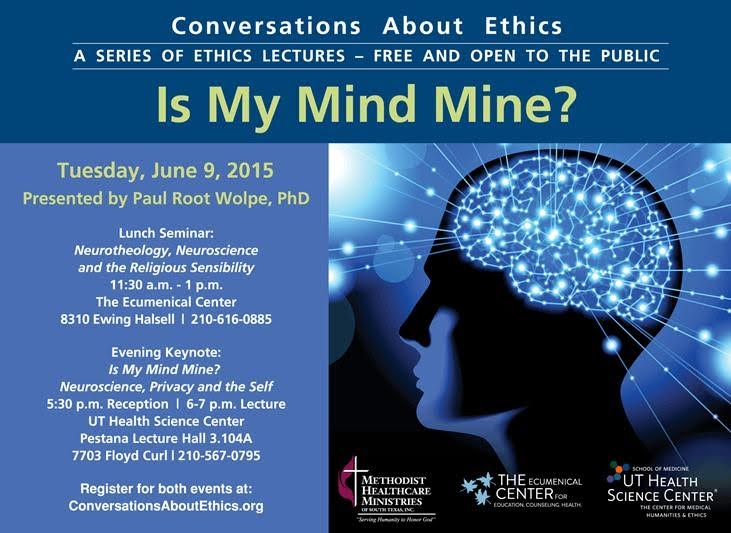