Representatives of 22 neighborhoods gathered at the April 14 Tier One Neighborhood Coalition meeting to prepare to get involved and speak up as San Antonio rewrites community plans under the SA Tomorrow Comprehensive Plan.

Under SA Tomorrow, the city discarded long-standing neighborhood plans that were years in the making. To protect the neighborhoods' future, representatives are gearing up to participate in the planning process.

The group heard about the SA Tomorrow sub-area plans and the role of neighborhood or community plans within that, how to prepare, how to participate and how to be an effective representative.

The Tier One Coalition now includes nearly two dozen neighborhood groups in San Antonio’s urban core who first banded together in 2016 to protect their community plans from both city processes and developers.

Thanks to donations from viewers like you, anyone can replay video of the April 14, 2018 meeting at the Mission Branch Library. 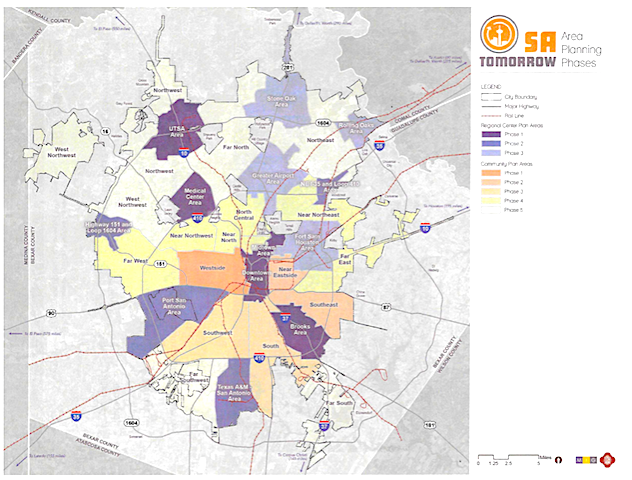