Webcast: One in Five Minds, pinwheels for change

Seventeen local artists were asked to use a pinwheel as their canvas as part of 1 in 5 Minds, a campaign to eradicate the stigma and raise awareness about children’s mental health.

The pinwheels were unveiled at the San Antonio Central Library at the beginning of May, which is Mental Health Awareness month, before going on display at locations around the city.

Later, the giant pinwheels will to be auctioned off, with proceeds going towards Clarity Child Guidance Center, a not-for-profit that provides mental health services for children

One in five children will struggle with mental illness. In Bexar County alone, that is more than 80,000 children.  Clarity Child Guidance Center, sponsored the 1 in 5 Minds campaign and the pinwheel project to raise awareness.

“You’re about to hear a story about how 17 artists were inspired to lend their talents to supporting children’s mental heath and how it led to the pinwheel gallery that’s displayed before us this morning, said Fred Hines, President and CEO of Clarity Child Guidance Center.

Watch the video as Rex Haussmann talks about his inspiration and introduces his fellow artists and their respective pinwheels.

You can find a list of pinwheel locations by going to 1in5Minds.org 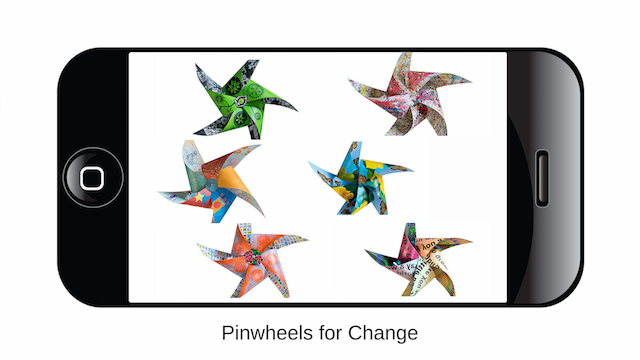