Webcast: San Antonio and the Issues in the Interim Texas Legislature

This event will be a The University of Texas at San Antonio's Main Campus in the H-E-B University Center. The conversation will be livestreamed here and accessible for viewing afterward. 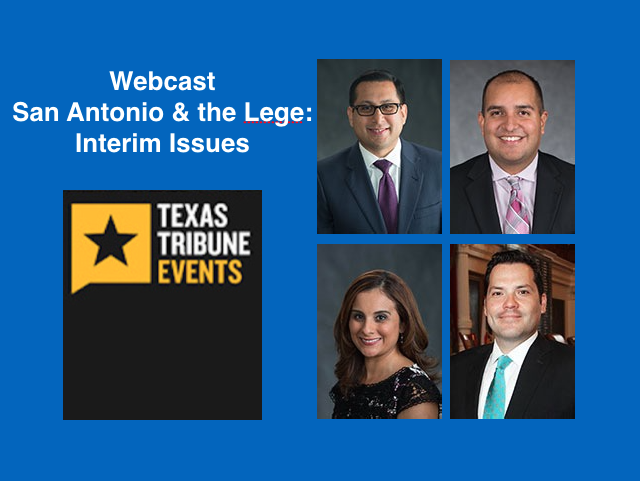