More than 1,000 business and community leaders attended the lunch at the Henry B. Gonzalez Convention Center, and thanks to the underwriting support of The Greater San Antonio Chamber of Commerce, you can replay the event for free from your computer or mobile device from this page. The event began with a rousing intro by the Roosevelt High School Drum Line and a math chant from students at the KIPP Academy.

Mayor's State of the City

For more information about the event, including online registration, click here.

This is the third year NOWCastSA has webcast the address live. Replay video of previous United State of the City Addresses:

Editor's Note: NOWCastSA is a member of The Greater San Antonio Chamber of Commerce, which is underwriting the production costs of this webcast. 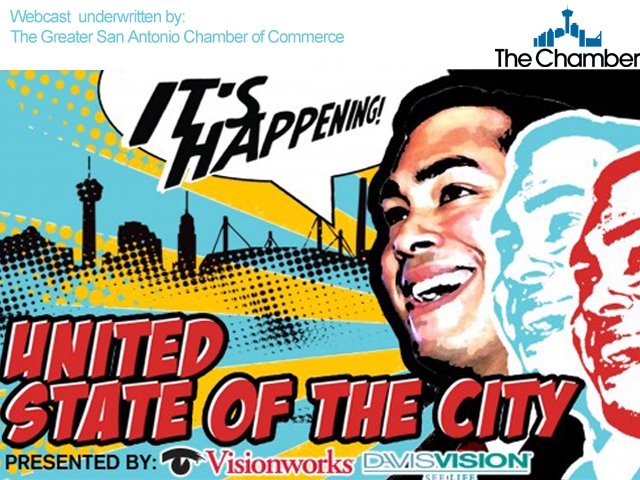