LIVE NOW: The webcast of San Antonio World AIDS Day 2016: Gathering of Remembrance and Hope. The theme this year is “We Remember, We Live, We Hope: The Patchwork of Lives and Services.”

The event is free and open to the public at Our Lady of the Lake University’s Providence Hall, 411 SW 24th Street on Dec. 1 until 8 p.m.

An information fair and free HIV testing starts at 6 p.m., to be followed at 7 p.m. by a program of musical performances, interpretive dance, remembrances and guest speaker Delia Bullock, M.D., of the UT Health Science Center. The event will conclude with an outdoor candlelight ceremony at the end of the event.

Thanks to underwriting from the Alice Kleberg Reynolds Foundation and sponsorship from BEAT-AIDS Coalition and Trust, anyone can watch for free, live on this page or replay the video later.

Each year people worldwide unite in the fight against HIV as well as show their support for people living with HIV and to commemorate people who have died. World AIDS Day was the first ever global health day held in 1988. Globally there are an estimated 34 million people who have the virus. Despite the virus only being identified in 1984, more than 35 million people have died of HIV or AIDS, making it one of the most destructive pandemics in history. Today, scientific advances have been made in HIV treatment; there are laws to protect people living with HIV; and we understand so much more about the condition.

History of the Red Ribbon

In 1991 – a decade after the emergence of HIV – a group of 12 artists gathered to discuss a new project for Visual Aids. They were photographers, painters, film makers and costume designers who occupied a shared gallery space in New York’s East Village. After a short brainstorm they had come up with a simple idea that later became one of the most recognized symbols of the decade – the red ribbon, worn to signify awareness and support for people living with HIV.

When the artists sat down to work on this project, their aim was to get people talking about HIV. This was during a time where HIV was highly stigmatized and people living with the virus were suffering behind closed doors; some too scared to even tell their loved ones. The artists wanted to create a visual expression of compassion for people living with, and affected by, HIV.

Red was chosen because it is bold and visible – symbolizing passion,  heart and love. The shape was chosen simply because it was easy to make and replicate – anyone can make one by just cutting out a piece of ribbon, looping it around your finger and pinning it on themselves. Within weeks of the red ribbon idea being born, world-famous actors started wearing it to high-profile award ceremonies such as the Oscars and talking about why it was important.

The media also took notice, and within a short period of time the red ribbon symbol became universally recognized. At the Freddie Mercury Tribute Concert held in London on Easter Sunday, 1992, more than 100,000 red ribbons were distributed among the audience, with performers such as George Michael wearing one. The red ribbon continues to be a powerful force in the efforts to increase public awareness of HIV. 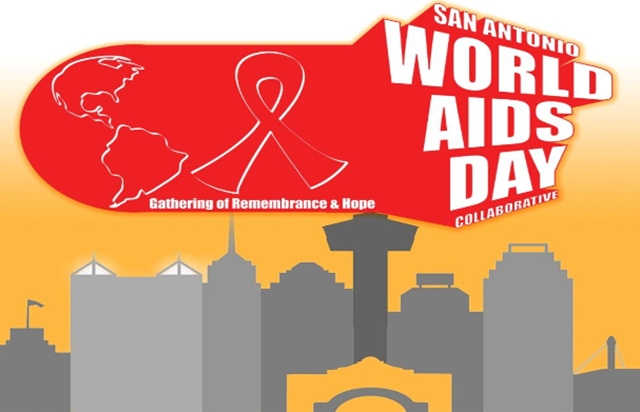