Webcast: The Stand for Women’s Health in Texas

REPLAY VIDEO: NOWCastSA webcast an event hosted by The Texas Observer at the Texas Diabetes Institute on Oct. 22 featuring a panel discussion on the battle over women’s health in Texas and how recently passed legislation will affect the healthcare landscape for Texas women.

In this video, Van de Putte describes events leading up to the epic showdown over women's health in the Texas Senate in June 2013.

This video is the entire panel discussion on Oct. 22, uncut.

The webcast was sponsored by a grant from the Alice Kleberg Reynolds Foundation so anyone could watch the event live or replay the video later on this page.

Click here for more information on how to become a NOWCastSA sponsor. 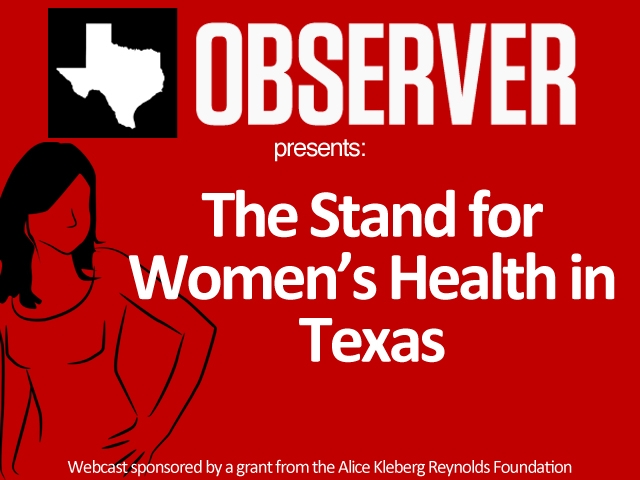