Councilman Nirenberg moderated a discussion on the Future of Transportation in San Antonio. The panelists were:

featured a panel discussion with distinguished experts on the future of transportation in San Antonio.

Councilman Nirenberg also delivered his annual State of the District Address. He presented his policy priorities for 2016 and beyond, including how to accommodate significant population growth, secure beneficial projects in the upcoming bond and ensure the city is built to last for future generations.

Thanks to sponsorship support of Security Service Federal Credit Union and Councilman Nirenberg, the entire event was broadcast and archived by NOWCastSA right here on this page so you could watch live or replay the video later.

Light refreshments were provided by True Flavors Catering for those who attended this free event in person at  the Urban Ecology Center at Hardberger Park (8400 Northwest Military Highway). 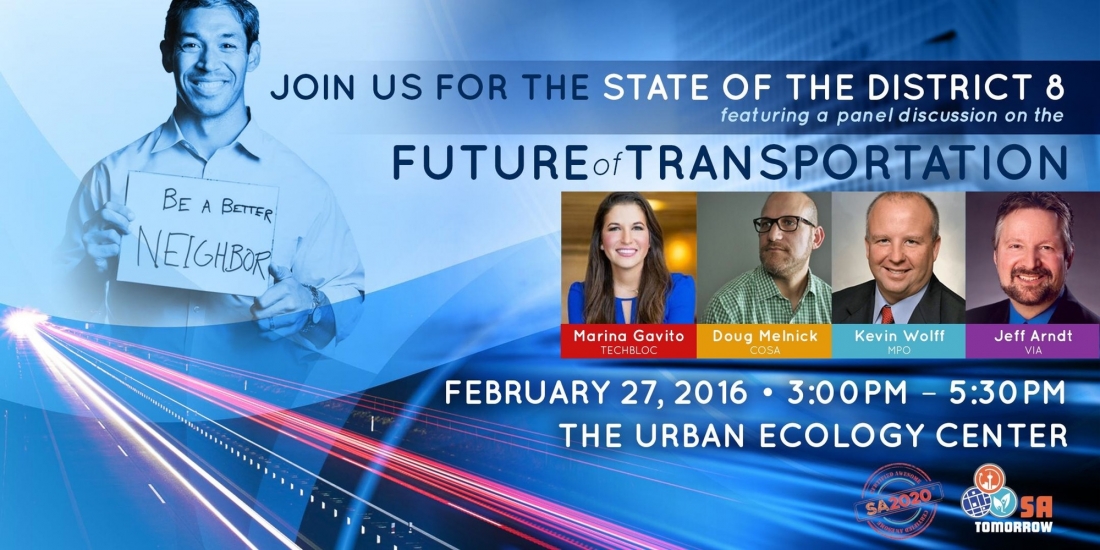