Who is Harriet Tubman and why is she going on the $20?

The U.S. Treasury said it will put abolitionist leader and feminist Harriet Tubman on the $20 bill, responding to a public campaign to put women’s images on U.S. currency.

What makes Tubman so special?

The book describes how Tubman smuggled scores of slaves to freedom on the Underground Railroad, and was a scout, a spy and a liberator for the Union Army during the Civil War.

“We’re quite used to seeing chiseled features of dead white presidents on the money, so to put a woman of color who had such a significant role in redefining freedom and America fulfilling its promise of independence is really exciting,” Clinton told the Washington Post.

You can buy Clinton's book online here. You can also download a digital copy or check out a physical copy of the book at San Antonio Public Library.

This article in the New Yorker explains what $20 would have meant to Harriet Tubman.

Vox.com has a story explaining why putting Harriet Tubman on the $20 is poetic justice.

See a letter to Resident Obama from 8-year-old Sofia asking him to put Tubman on U.S. bills.

Read a letter from Frederick Douglass to Harriet Tubman about her work. 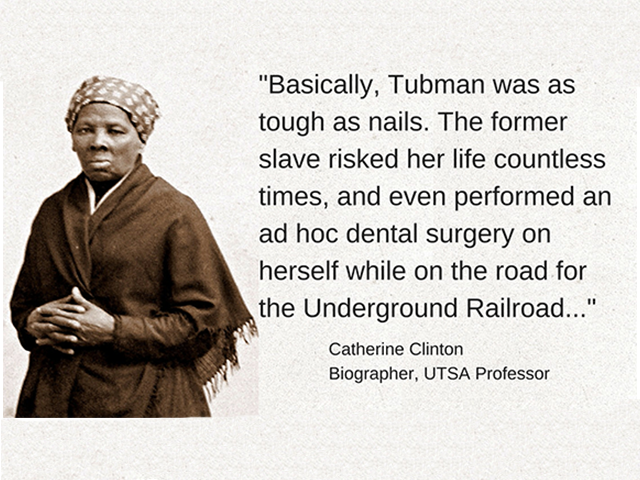