Charles Andrews joined the NOWCastSA board in 2009. He currently serves as the Co-Chair of Inner City Technological Ventures and is the President of 4NAffairs, an off-shore destination and financial management group.

Previously, Andrews was involved with radio programming since 1982 and for ten years, beginning in 1993, he was the executive producer and on-air talent for the AFRICAN All Africa Network. 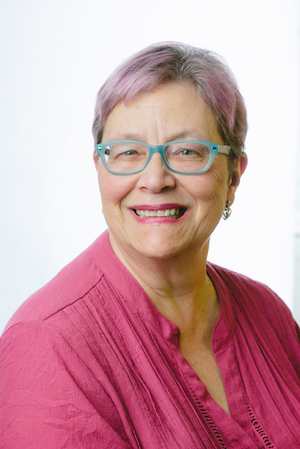 Prior to that she owned Crystal Communications for 12 years and was Development Director for the Healy-Murphy Center from 1997 to 1999. 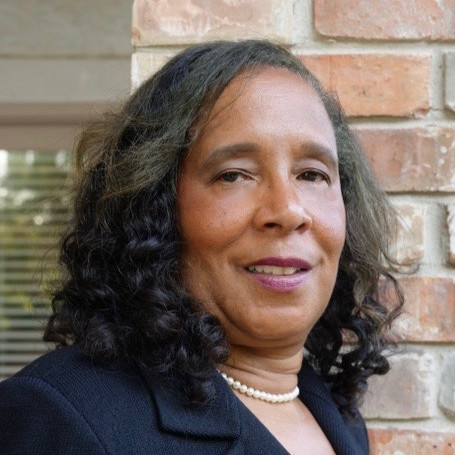 Tracey Groomes joined the NOWCastSA board in 2018. She has been a global consultant with Brit Incorporated since May 2006. Her previous employers include: Corning Incorporated, General Motors and the U.S. House of Representatives. Tracey's expertise includes: Systems Engineering & Implementation, Systems Integration, Financial Management, Agile Transformation, Project Management, Knowledge Transfer, Talent Management and Strategic Planning.  She has implemented SAP Talent Management Systems for The Commonwealth of Pennsylvania, Rockwell Automation and QatarGas in residence in Doha, Qatar.

She is the San Antonio Chapter President of the National Coalition of 100 Black Women, San Antonio Chapter Inc.,  whose vision is to see black women and girls live in a world where socio-economic inequity does not exist.  She serves on the Leadership Development Board of Hallmark University, the Supervisory board of the San Antonio Lighthouse for the Blind Leadership Advisory Council and Learning through Education and Application by Partnership (LEAP4SA) and Hallmark University Development Board. She has been a member of Geekdom since 2016. She graduated from Howard University with a BBA in Finance, earned a Master's in Business Administration in Management from Rutgers University in New Jersey and participates in continuous education for certifications expertise.

Rebecca Flores joined the NOWCastSA board in 2017. Beginning in 1975, at offices in San Juan, Texas, Rebecca established a large membership among the Rio Grande Valley farm workers as Texas Director of the United Farm Workers Union. With these organized farm workers, Rebecca and her committed staff provided social services where there were none. She advocated for changes in state services that had not considered the special needs of farm workers, their migrancy, their poverty or their language.

After being trained by the famous Fred Ross, she and farm workers organized dozens of committees in the colonias of the Rio Grande Valley, who then fought to raise wages and working conditions in the fields. They helped elect politicians who would introduce and fight for good farmworker legislation and who would fund projects that would upgrade the living conditions of colonia residents, through developing an infrastructure of streets, sewage systems, street names, electricity and water. From 1983 to 1988, she helped pass legislation for workers compensation for injured farm workers; unemployment compensation for farm workers; increased the Texas minimum wage; prohibited the use of the short handled hoe; provided for toilets and potable drinking water in the fields, and passed protective Pesticide Right to Know legislation.  She led annual campaigns in the Texas onion fields to raise piece rates.  She organized mushroom pickers in Florida, strawberry and grape pickers in California that resulted in a union contract. She helped win the first union contract in the State of Washington at Chateau Ste. Michelle.  She helped establish a chain of day care centers in the colonias that provided care and good nutrition for farm worker children. In 2001, she helped organize and sign the first union contracts in U.S. history for lay employees at the Diocese of Brownsville.

For three years she was Texas Director of the National AFL-CIO.  In December 2005, Rebecca retired from her union job.

Since 2014, Rebecca began to listen to the issue of the refugee mothers and children being detained in private prisons Karnes City and Dilley, Texas, because the Department of Homeland Security determined they create a national security risk.  Rebecca and others from the Interfaith Welcome Coalition visit the detention center weekly, and their goal is to change the DHS policy of detaining these mothers and children for months on end.

Rebecca is proud of her ancestry and has traced her family’s history in the Texas region from mid 1700s that  include Manuel de los Santoscoy from Nacogdoches Mission; Juan Jose Flores from Goliad and Bexar Counties, who was in the 1835 Siege of the Alamo with Capt Juan Seguin; Ed Brown, who was an adventurer and fought in the battle of San Jacinto, was jailed in El Perote, Loreto Fuentes y Fernandez, his wife, a descendant of the Canary Islanders,  who bore him nine children; and the Huizar family, best known for the Rose Window at San Jose Mission, but who were early residents and  leaders of Bexar County in the 1700s.  She is also proud of their spouses who led difficult lives in this sparsely populated country, one especially who filed for a divorce from her husband, even in the face of such difficulties.

Along the way she raised three children, all intelligent and committed to justice in their work.

Frances M. Guzmán, M.Ed., joined the NOWCastSA board in 2017. She was an education associate with Intercultural Development Research Association until her retirement in late 2015. In addition to her service for NOWCastSA, Frances serves on the board of directors of the City of San Antonio Pre-K for SA and does volunteer work with Catholic Charities and Interfaith Welcome Coalition projects for immigrants.

She has four decades of experience in the field of education. She had training, technical assistance and materials development responsibilities primarily for specific IDRA projects, including the Coca-Cola Valued Youth Program and Pathways.

Her professional experience includes teaching at the pre-kindergarten, primary, secondary and college levels; serving as the director of professional development for a major metropolitan school district in Texas; working in administration, supervision and evaluation of elementary campuses and district wide Title VII programs; and research and curriculum development for IDRA, Harcourt Brace Jovanovich, Scott Foreman and DDL book publishers.

She coordinated service delivery activities in the area of gender equity to school systems in Arkansas, Louisiana, New Mexico, Oklahoma and Texas for the IDRA South Central Collaborative for Equity. In this work with IDRA’s equity assistance center, she provided training and technical assistance to overcome gender bias in curriculum materials, reduce gender and sexual harassment and discrimination in schools, and to expand career options for girls and boys beyond traditional roles. She coordinated the W.K. Kellogg Foundation-funded, IDRA project, Family Leaders Engaged in Children’s Academic Success (FLEChAS)

She and her husband, David, have one daughter, Veronica Adriana, and two grandchildren, Larisa Lourdes and Tobias Adrian.

Dr. Milton Harris joined the NOWCastSA board in 2020. He is the Executive Director of 100 Black Men of San Antonio, Inc., a mentoring organization charged with the development of young men of color.

He also is an entrepreneur and financial coach at MB Harris Properties, founded in 2004. For three years, he was an Adjunct Professor at Brown Mackie College, in Cincinnati, where he taught Business Administration, Business Management and Finance. Beginning in 1986, he served for 20 years in the United States Air Force.

He holds a Doctorate of Business Administration in Finance from Walden University, an MBA in Business from Webster University and a Bachelor of Science degree in Industrial Technology from Southern Illinois University, Carbondale. Charlotte-Anne Lucas was selected to lead NOWCastSA in 2009 and was elected to the Board of Directors in 2012.  Lucas wrote her first news story on a manual typewriter, and has taught online journalism, Web design, digital storytelling, interviewing and content management systems at the University of Nevada, Las Vegas, St. Mary's University in San Antonio and Texas A&M University- San Antonio.

She worked for newspapers in Philadelphia, Dallas, Phoenix, San Francisco and San Antonio, and her freelance writing has appeared everywhere from The New York Times to the Auckland, New Zealand Herald. Her journalism has earned dozens of awards, including being named a finalist for the Pulitzer Prize.

Lucas went to the Web in 1999, becoming managing editor of the online-only financial news Web site, TheStreet.com. She later became Content Director of MySanAntonio.com, the converged site of the San Antonio Express-News and KENS-5 TV. Both TheStreet.com and MySanAntonio.com became profitable during her tenure.

In 2007 she was a manager for the Knight News Challenge-funded Innovation Incubator project, in which 35 college students at seven universites collaborated to create new models of participatory community news production.

Lucas was named to the Advisory Board for the Journalism Studies Department of Texas A&M-San Antonio and is a founding member of the Local Online News Publishers Association Board of Directors.

A native San Antono's West Side, Rosie Castro became a commiunity organizer, activist and respected civic leader. (Read an interview with her here.)

She served two terms on NOWCastSA's board of directors, from 2010 through 2016.

Castro is a consultant, trainer and facilitator who specializes in leadership training and leadership program development. She facilitated the work of the Blue Ribbon Committee that created the Westside Education and Training Center, a partnership of the Alamo Community College District, Edgewood I.S.D., the City of San Antonio’s Economic Development Department, the Annie E. Casey’s Making Connections Initiative and many other groups and residents.

Her public service includes employment in the City of San Antonio’s Human Resource Department and with the San Antonio Housing Authority.

She is the mother of twin sons: Congressman Joaquin Castro and former San Antonio Mayor and HUD Secretary Julián Castro.

Reggie envisioned and helped found NOWCastSA in 2009 when he was President and CEO of the San Antonio Area Foundation, a post he held from 2000 to 2011.

Click here to watch video of Reggie explaining his original idea for NOWCastSA.

Reggie is a leadership professional with experience in profit and not-for-profit business areas.

He is a planner, researcher and executive whose education, military, United Services Automobile Association (USAA) and non-profit experiences make him a valuable resource to any organization's aspirations for success.

Before leading the San Antonio Area Foundation, Reggie was Senior Vice President for IT Operations at  USAA and rose to the rank of Colonel in the United States Air Force. 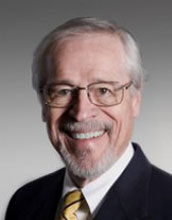 He was the founding chair of NOWCastSA's Board of Directors in 2009 and served through 2011.

Former members of the NOWCastSA Board of Directors: