Displaced residents might get aid from the city, but when? 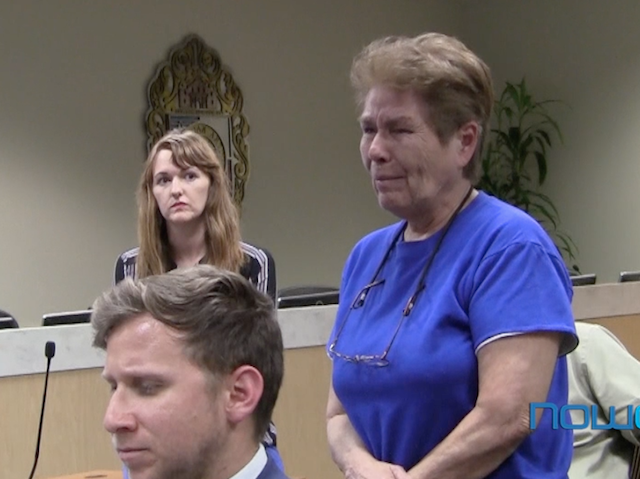 Sobbing and pleading for help, Silvia Rodriguez stood before a special meeting of the Housing Commission on March 12.

In the previous nine years, her rent at the Soapworks apartment increased by about $100 a month, or just under 3% a year. But when the apartment complex changed hands in October of 2017, the new owner raised her rent about $100 - a whopping 20 percent - to $600 a month.

Now she faced an untenable choice: By the end of April, either sign a new lease agreeing to pay $700 per month or go month-to-month at $800.

“I don't make but $900 a month from my Social Security,” Rodriguez said. “I need help right now. I don’t know what to do. That’s why I am here today, to see if I can get some help.”

The housing commissioners and city staff offered that night to help Rodriguez find a new home, but a week later, she said a list of possible housing options they provided her with wasn’t helpful. They gave her options that were either too expensive, or required her to show dramatically higher income. Others had months-long waiting periods.

Rodriguez’ plight of sudden displacement is part of an urgent and growing problem that the city says it intends to address with the so-called “Risk Mitigation Policy,” passed by San Antonio City Council March 21.

The policy will guide the $1 million fund the city created to help people facing displacement. But no one can say when that money will be available to people like Rodriguez.

The Council vote came the day after a demonstration inside City Hall by hundreds of COPS/Metro leaders,  joined by Archbishop Gustavo García-Siller, demanding that the city act now to help residents facing displacement.

“I am very aware of the complexity of the issue,” the Archbishop said. “I am confident that you, with your staff, have the information you need, as well as the heart with the affinity to find solutions you need, as well as the heart to with affinity to find solutions that support both the continued growth of our city and the needs of our citizens. Please don't delay. Act now to protect our citizens and help them keep their homes.”

Maria Tijerina, of COPS/Metro, said city officials have placed a high value on programs that give developers tax breaks and incentives without adequately taking into account the impact new developments have on  near-downtown neighborhoods, such as increased property taxes and the cost of rent.

Watch video of the demonstration and remarks:

Verónica Soto, Director of Neighborhood and Housing Services Department, said the fund could help about 200 people a year when they are faced with a one-time financial emergency or when they’re forced to move due to rising rent prices in the city. The $1 million will be distributed on a first-come, first-serve basis. Officials did not respond to request for comment, including when the program goes into effect, by press time.