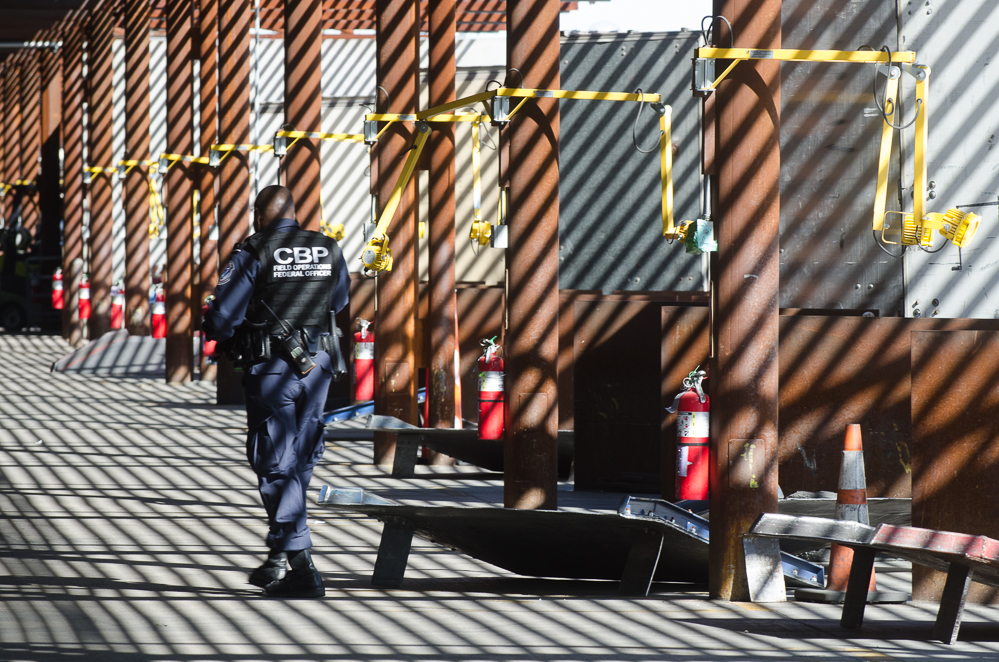 The Trump administration continues to reshuffle leaders at the Department of Homeland Security, sending Mark Morgan, the current director of U.S. Immigration and Customs Enforcement, over to Customs and Border Protection, and bringing the agency's deputy director back on deck.

Morgan's reassignment is part of a rolling shakeup at DHS that began when the White House ousted DHS Secretary Kirstjen Nielsen in early April, in what one official called a "near-systematic purge" at DHS.

Along with Nielsen, the White House also removed Ronald Vitiello, who had been running ICE as an acting director, and asked Nielsen's deputy director Claire Grady to resign, paving the way for the administration to move Kevin McAleenan, then serving as acting CBP  commissioner, in Nielsen's place after it was made clear to the administration that federal rules on the line-of-succession meant that Grady was next in line after Nielsen's departure.

Currently, there are 16 leadership positions at DHS that are either vacant, or filled by someone in an acting position, including the acting director of the Federal Emergency Management Agency, Transportation Security Administration, and the Inspector General's office. Four DHS leadership positions are simply vacant.

When asked who was in charge now, one staffer for a DHS agency said Tuesday, "Hell if I know."

Some of the recent changes at Homeland Security's border and immigration agencies:

Morgan is not serving as the acting commissioner, but rather is working as what McAleenan called the "Chief Operating Officer and Senior Official Performing the Duties of the Commissioner," a move required by the Vacancies Reform Act, a 1998 law the guides how leaders at federal agencies can be replaced within a line of succession.

The White House faces a similar issue with Ken Cuccinelli, who was tapped to run U.S. Citizenship and Immigration Services on June 10 to replace Lee Cissna, who served as the director for the agency during the Obama administration.

Meanwhile CBP struggles to manage the continued influx of asylum seekers from Central America and Mexico, mostly families traveling with children, or children traveling with guardians or siblings.

In May, Border Patrol agents took into custody nearly 133,000 people, including more than 84,000 people traveling either as families or unaccompanied children. This was the largest number of monthly detentions since 2005, and comes after more than a decade of declining numbers of people detained along the U.S.-Mexico border.

Last week, a group of lawyers inspected a Border Patrol facility near McAllen, Texas, as part of the Flores settlement, a lawsuit that began in 1997 over the treatment of children in immigration custody, and found that migrants, including young children, were living in squalid conditions.

"Basic hygiene just doesn't exist there," said Toby Gialluca, one of the lawyers who interviewed children at the detention center. "It’s a health crisis ... a manufactured health crisis," she said.

On Monday, officials suddenly moved hundreds of children from the facility in Clint, Texas, to a Border Patrol station near El Paso, following reports that the children had spent nearly a month living with substandard food, water and sanitation.

Even as Congress sent a requested $4.5 billion to the Trump administration to deal with the humanitarian crisis, U.S. Rep. Raúl Grijalva issued a sharp comment against the White House, saying that over the last few months, "Trump’s cruel policies have manufactured a crisis at the border and desperate asylum-seeking children and parents are paying the price."

"I’m convinced this humanitarian situation would only worsen if Congress did not step in and act, and Trump’s cruel reelection strategy would continue," Grijalva said. "Donald Trump and his anti-immigrant appointees cannot be trusted to faithfully abide by the law—especially on questions concerning the border, immigration, and asylum-seeking families. He is not concerned with how many children live in squalor as long as it serves his twisted political agenda."

A former FBI agent, Morgan served as the chief of the Border Patrol, the first and only person from outside tasked to lead the agency, during the latter days of the Obama administration. Morgan was quickly ousted by the Trump administration, but in recent months, the former FBI agent, managed to parlay a series of Fox News interviews into a position as the acting director of ICE.

Thanks to our donors and sponsors for their support of local independent reporting. Join Janet Marcotte, Jennifer Simmons, and David Smith and contribute today!

Morgan will now be in charge of the nation's largest law enforcement agency with nearly 60,000 employees, during a time in which the agency strains to keep agents and officers, while facing an increasing influx of people seeking asylum along the border, and several lawsuits: ranging from how children are treated in detention to the construction of border barriers under an emergency declaration.

In an email Wednesday following reports that Sanders was leaving, McAleenan wrote that he was "grateful" for his "commitment to public service, his devotion to high standards of care for people in our custody, and his unwavering support for the men and women of CBP."